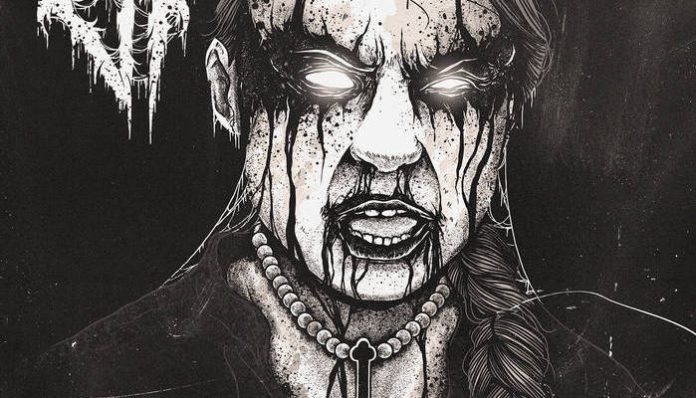 Earlier this month, Greta Thunberg condemned the United Nations for their lack of action to protect the environment.

Shortly after, her powerful speech was turned into a Swedish death metal song that went viral online. Now, that song is officially its own single, with all proceeds benefiting an environmental rights group.

For those who may be unaware, Thunberg is a Swedish teen who skipped school to protest outside of her country’s parliament. She has gained notoriety for all of her work within the climate change activism movement. Thunberg was also the driving force behind the coordinated strike from school that protested government and business inaction on climate change. The strike took place in 150 countries.

“This is all wrong. I shouldn’t be up here. I should be back in school on the other side of the ocean, yet you all come to us young people for hope. How dare you,” she said.“People are suffering, people are dying, entire ecosystems are collapsing. We are in the beginning of a mass extinction, and all you can talk about is money and fairy tales of eternal economic growth.”

She went on to tell the world leaders that they are “failing” humanity, but “young people are starting to understand (their) betrayal”.

“The eyes of all future generations are upon you and if you choose to fail us, I say we will never forgive you,” she concluded her speech.

Thunberg gave the speech in front of several world leaders. You can see it below.

Then, Thunberg’s speech was transformed into a death metal track by YouTuber John “Mollusk” Meredith.

As that went viral over the weekend, Thunberg even responded, joking around that she’d be changing her life path to become a death metal musician. You can see her tweet below.

I have moved on from this climate thing… From now on I will be doing death metal only!! https://t.co/mYqXxFuE77

Now, the remix is officially a single available for purchase. It’s called “How Dare You” and was released by Despotz Records. The artist is Mollusk, who goes by G.T. He is also a drummer in a thrash metal band called Suaka.

“When I saw her speech, I was very impressed by her passion and outrage,” Mollusk told Rolling Stone. “And the words she chose just evoked the darkness of the metal music I love: Entombed, Gojira, At the Gates, Sepultura…I guess I didn’t really have a specific intent other than to turn her brutal words into a metal song. My personal stance is that individuals need to do their part to strive to conserve and preserve our environment.”

All of the proceeds for the single will benefit Greenpeace, an international activist group fighting for climate action and educating people about the environment.

“All the record company’s profits from the release will go straight to the environmental rights activist group Greenpeace. With the single release, Despotz Records launches a campaign under the hashtag #greenmetal where they urge the metal fans worldwide to mobilize and take part in the environmental movement together and to create history making the death metal song ’How Dare You’ enter the billboard top 10 charts,” the site reads.

On the Bandcamp, the label released a statement about why they decided to release it.

”Greta says it better than neither we on this label nor any other adult so far has been able to say it, so one of the best things we can do is to use our platform for spreading her own words. We stand united with her in her quest and are grateful for a chance to contribute in any way,” the label also said in a statement. “To be fair, Greta embodies rock music in its full meaning. She is uncompromising, tough as hell and doesn’t give a shit about what people think of her. She is not afraid to tell you about the scariest things imaginable without beautifying it a bit, and that is what metal is about.”

You can purchase the song here and listen to it below.

This is not the activist’s first time being involved in the music realm. Thunberg was featured on the first track from The 1975’s forthcoming record, Notes on a Conditional Form.

What do you think of Greta Thunberg’s speech getting turned into a death metal track that’s available for purchase? Sound off in the comments down below!