Cleveland’s indie-rock band Ottawa released their new song “Friends,” which is their last track in a six-song summer series. They released a music video to accompany the single full of nostalgic vibes and cool lighting. The band’s next show will be Oct. 25 at Howler’s in Pittsburgh. Tickets can be found here.

Arizona’s up-and-coming alternative band West//Ghost, created by Chad Crawford of Scary Kids Scaring Kids, shared their new video for their single “Vein.” This black-and-white video shows an intense chase scene to match an equally intense song. The song will be on their upcoming EP JOY.

Bayside released a new acoustic version of their song “Howard.” The track will appear on  their upcoming album Acoustic Volume 2, which features 11 acoustic tracks and is available Sept. 28 via Hopeless Records. Preorders can be found here. The band will also be headed out on an acoustic nationwide tour with their full band. Tickets are available here.

Red Sun Rising will be heading out on tour with the support of Spirit Animal and Pretty Vicious this fall. Tickets are available here. The band also recently released a powerful music video for their song “Stealing Life,” which explores the topic of suicide and those affected by it. The track comes from their album Thread available now.

Enter Shikari announced several new items for preorder in honor of the one-year anniversary of their album The Spark. Beyond new merch, the band announced they will be releasing a new book The Spark: Lyrics And Exgenesis Of Rou Reynolds. This book is the follow-up to the band’s 2017 book release Dear Future Historians. Both books explore the thoughts, process and words behind The Spark. Only 2,000 copies are available, and you can preorder yours here.

Greta Van Fleet shared a new song, “Lover, Leaver.” The song will be featured on the band’s highly anticipated album Anthem Of The Peaceful Army available Oct. 19. Copies are available for preorder here. 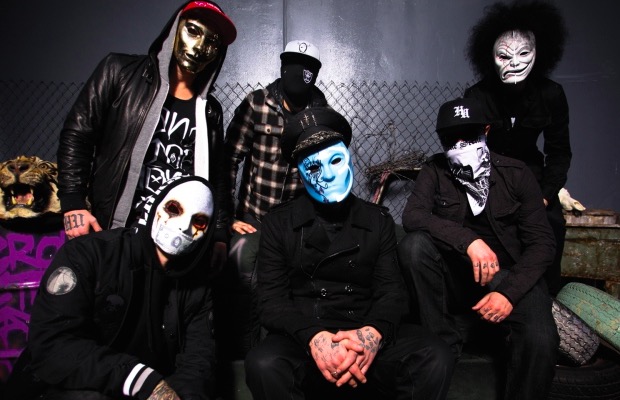 Hollywood Undead announced they will be hitting the road this winter with the support of Cypress Hill on the West Coast High tour. It will start in mid-February and end in late March. Tickets can be found here.

“Perfect Black” is taken from the band’s Crown Of Nothing, which will be released Oct. 23 on Fat Wreck Chords. Preorders are available now. The band will perform on a string of dates this fall, and tickets are available here.