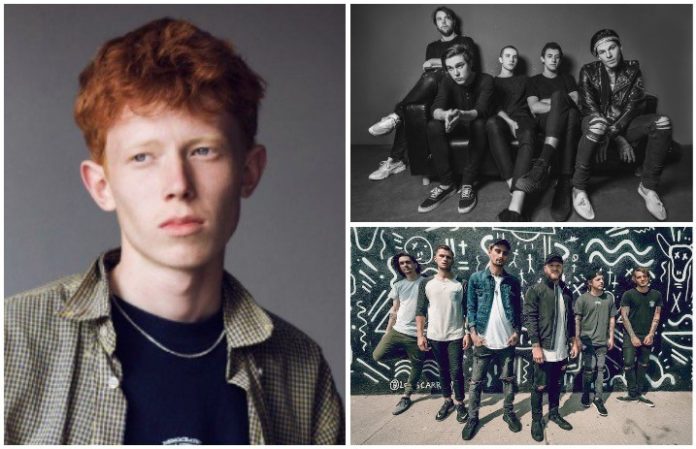 We Came As Romans announce tour dates, the Garden announced a new album and other news you might have missed today.

Read more: We Came As Romans announce Cold Like War Tour with the Plot In You, Oceans Ate Alaska, more

We Came As Romans are jetting across the pond for a spring tour with Alazka, Polaris and the Plot In You. Grab tickets while you can!

2. The Garden announced their new album Mirror Might Steal Your Charm.

The Garden released their video for “No Destination,” taken from their upcoming album Mirror Might Steal Your Charm, which will be released March 30. Check out their tour dates here.

Check out the title track from Camp Cope's LP How To Socialise & Make Friends. The album is set to be released March 2, and you can preorder the album here.

More revelry ensues! Tickets to new shows this May in Austin, Baltimore, Sayreville, Philadelphia, a second night in Nashville AND a third night in Detroit will be available for purchase on Friday, January 26 at 12pm local time.
Visit https://t.co/7gMymNBDa6 for more information pic.twitter.com/euCgtdLJgz

Greta Van Fleet will be taking on the U.S. this spring, and you can RSVP and grab your tickets here.

Sløtface released a bright and colorful video for “Nancy Drew,” taken from their debut album Try Not To Freak Out, available here.

We’re excited to be playing some headlining shows with @chasehuglin and @choirvandals this Spring. Tickets go on sale this FRIDAY cantswimmusic.com/shows

King Krule announced North American tour dates, and tickets go on sale Friday, Jan. 26—be sure to snag some here!

8. The Neighbourhood released new music video for “Hard To Imagine.”

The Neighbourhood released a new music video for “Hard To Imagine.” Don't let the intro throw you off. Their song “High All The Time” takes the stage for the first minute-and-a-half, but then “Hard To Imagine” begins. This creative black and white video is sure to captivate you.

9. Let It Happen premiered a video for “Needle & Thread.”

Let It Happen released their music video for “Needle & Thread.” Enjoy this vivid music video, and check out what else might pop up on our FB page here.