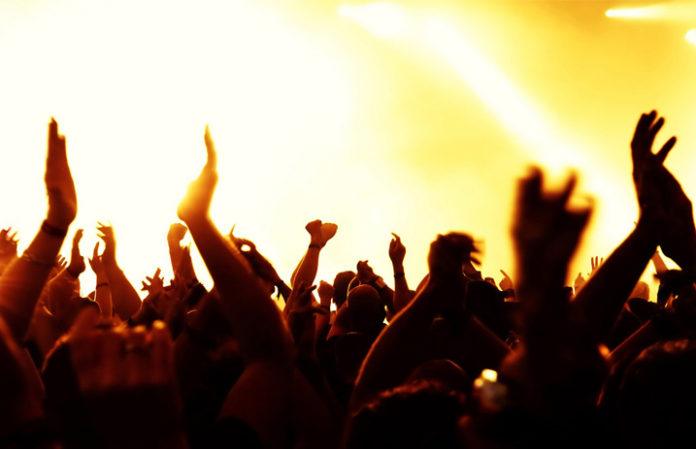 Guardian writer Alexandra Pollard has published a piece on how bands belittle the influence of their female fans and glorify a more male-heavy fanbase.

“[Bands are] operating in a culture in which teenage girls are seen as the lowest common denominator of music fan. A culture in which older men are the bastions of good taste, the brave protectors of real music – while young women’s enthusiasm is dismissed as a sort of mass hysteria, blocking their ability to discern good from bad,” Pollard writes.

It's no secret that the music scene has a problem with girls—the same girls that bolster the success of many young bands. In the best cases, those girls can send them into the stratosphere (ever heard of the Beatles?).

AP's own Cassie Whitt penned an op-ed, “In Defense Of The Fangirl,” addressing the way our own scene sneers at the tastes of women.

“Flashback to 2005: I was that reviled age and waiting in line, clutching tickets for my first My Chemical Romance show (which I had cried and screamed over at my birthday party the week prior). I heard the man in front of me going on about “stupid, little My Chemical Romance fangirls” wearing the band’s T-shirts and “ruining” the show. I looked down at my brand new MCR shirt and hoodie and turned my back, self-consciously zipping up. It was easier then to think, “Is there something wrong with me? Am I stupid? Maybe he’s right. I can’t act like astupid fangirl.””

We see it all the time. Smaller bands often seem to come with fanbases that are exclusively female, until they get legitimized by building up a more testosterone-heavy audience. And the best way to spit on a larger band? Spit on their fans first. Tell them their only fans are 15-year-old girls, sprinkled in with, “'They just like the band members for their looks' or 'They’re blind followers' or 'They’re creepy stalkers' or 'They’re obsessive,'” as Whitt writes. (Just check the comments section on our Facebook posts.)

Thanks to that stigma, even though these fangirls are dropping hundreds on tickets, albums and merch, know every lyric to every song (including the unreleased tracks) and can name every band member and their birthday, some musicians still get more excited by just seeing a man's face in a crowd.

But musicians aren't the only ones susceptible to that attitude. “As a reviews editor, I’ve lost count of the number of times writers have – while bemoaning a gig’s drawbacks – referred derisively to the amount of “teenage girls” in the crowd. It’s as if that phrase itself is a code that needs no further explanation, no elaboration as to why a young woman’s fully paid-up presence at the gig is, unquestionably, a bad thing. It isn’t. Their judgments are just as legitimate, their enthusiasm just as credible, even if their screams are a little louder,” Pollard writes.

We're all guilty of scoffing at teenaged rabid fangirls, but it's important to remember that most of us were that fangirl for some band at some time—you might even be one now (I am!). We fell in love with music that made us feel more normal, less othered. Hopefully that's enough to remind us that now, even on the other side of things, a genuine love for music is something worth celebrating.