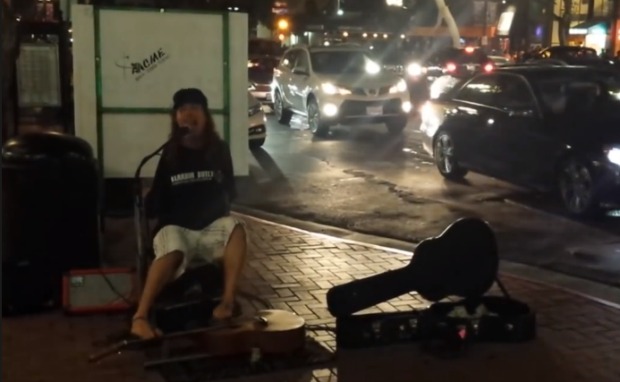 This is awesome. Musician Mark Goffeney, who was born without arms in 1969, was filmed in San Diego performing a cover of 3 Doors Down’s hit single, “Kryptonite.” His rendition of the song is stylistically invigorating and definitely worth a listen.

According to Loudwire, Goffeney has also covered songs by Metallica, Red Hot Chili Peppers, Pearl Jam and many more. He released an album in 2001, Big Toe. Check out the cover video below, and let us know your thoughts.

Here's another video of him covering Red Hot Chili Peppers: