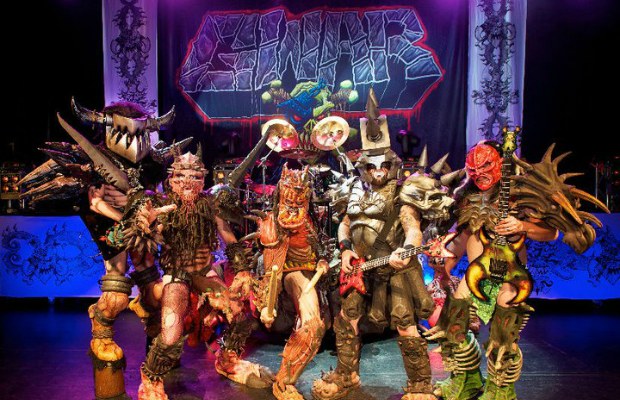 Cause of death has yet to be determined, and, though police plan to perform an autopsy, they do not suspect any foul play at this time. Brockie was 50.

According to TMZ, the singer was found sitting upright in a chair by his roommate, with no apparent evidence of drugs or a suicide.

Gwar was formed by Brockie and some of his Virginia Commonwealth University classmates in 1984. The band first rose to recognition with their 1990 release Scumdogs of the Universe, and their subsequent inclusion on the cartoon Beavis And Butt-head. Performing under stage names and in costume as elaborate horror/sci-fi personas, Gwar became known for their theatrics, gore, and political and social satire, as well as the controversy that often surrounded them.

Battle Maximus, the group's most recent album, was released in Sept., and just last week, the fifth annual Gwar-B-Q, the band's annual summer mini-fest, was announced. With Brockie's passing, the future of the Gwar is unclear; the group have yet to release an official statement.

As you may recall, Gwar guitarist Cory Smoot, a.k.a. Flattus Maximus, abruptly passed away of an apparent heart attack in late 2011, while the band were on tour.