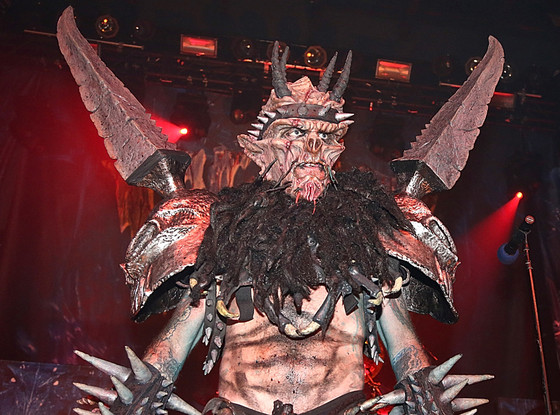 On Sunday, March 23, the world lost GWAR frontman and founding member Dave Brockie (a.k.a. Oderus Urungus) at age 50 to an accidental heroine overdose. This past Saturday, August 16, the vocalist was given his second memorial service, which entailed sending out his costume on a raft filled with various offerings into the middle of Hadad's Lake in Virginia, and setting it ablaze with a flaming arrow. The band's annual Gwar-B-Q took place following the public memorial service.

“Tonight we sent Oderus home in a fitting manner at the public memorial for Dave Brockie. A blazing Viking ship with Oderus laid out in it, the cuttlefish pointing proudly straight up. Watching my friend Dave's costume go up in flames in front of a thousand fans was so much more intense for me than the private memorial for friends & family we had April Fool's Day. I spoke at both of them, as GWAR asked me to, & both times as I spoke I was sad. But watching his alter-ego burn tore me up way more than the first memorial, maybe because there was Dave, the human who was my friend who just “left us”- I never saw his body- & then there was Oderus, who was something entirely else. To watch his stage gear burn was like watching part of my life literally go up in flames. I was sobbing my eyes out as I took this photo. It was just a super-intense moment. Very beautiful, but overwhelming. Fly free, Oderus- you are missed.”

Blythe proceeded posted this picture of the memorial on his Instagram.

Watch a video of the funeral pyre being set ablaze below.