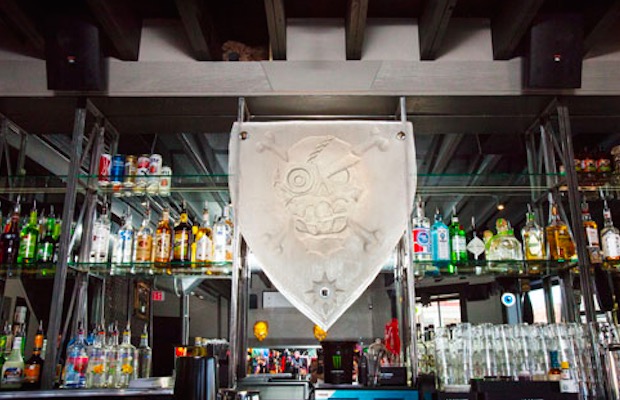 Making good on their late frontman Dave Brockie's promise to open the GWARbar in 2014, the remaining members of the band managed to debut the establishment to the public with just four hours remaining on News Year's Eve.

Located on 217 W. Clay St. in Richmond, Virginia, the extreme bar is not only exclusive to drinks, but food as well. “The thing most people are surprised about is just how damn good the food is,” admits GWAR guitarist Michael Derks. “Head chef Jeremy Dutra (drummer for Richmond's own US Bastards) has made my vision of gourmet junk food rock! With items like our Scumdogs (house made sausages) and McDuckets (a duck, chicken, cheese and truffle nugget) we are turning your guilty pleasures into gastronomic masterpieces!”

The overall ambience of the restaurant is said to “balance the beauty and brutality” of the band's trademark style. If you ever find yourself in Richmond, Virgina, stop in the GWARbar and let us know what you think!