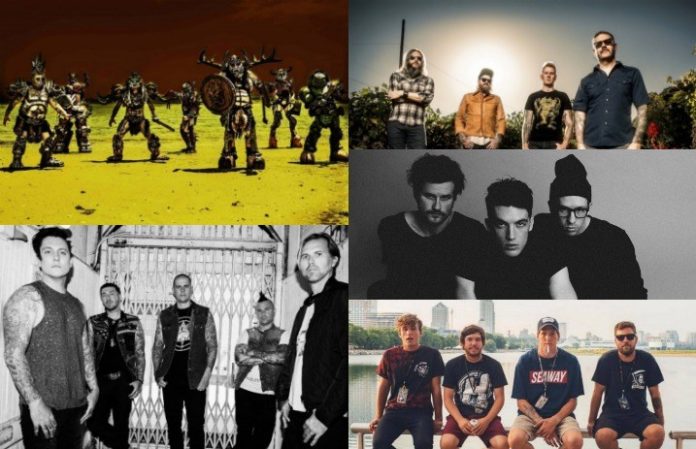 Watch new music videos from LANY and Mastodon—plus, don’t miss Trophy Eyes and Avenged Sevenfold covering some classics. Check out the news you might have missed today below!

Technically it's “unofficial,” but we love “Super Far” so we'll take it!

2. And a new video from Arch Enemy:

They threw it back with “God Only Knows”! Listen below.

4. And Trophy Eyes covered the Police:

The band put their spin on “Every Breath You Take.” Watch here!

5. Mastodon dropped a video for “Steambreather”:

6. GWAR shared details on their new album, plus a video:

Check out The Blood Of Gods artwork and tracklist, out October 20:

And the video for “Fuck This Place”:

7. The Rocket Summer is bringing the Do You Feel anniversary tour to the UK:

England, don't miss this one!

Watch the video for “Return To Earth” from their upcoming album Clairvoyant.

They just shared a new EP and a music video! Watch “Bring Us Down” below.

Watch the video for “Last One Standing” right here!

Watch more: APTV at the 2017 X GAMES! Taking you behind the scenes