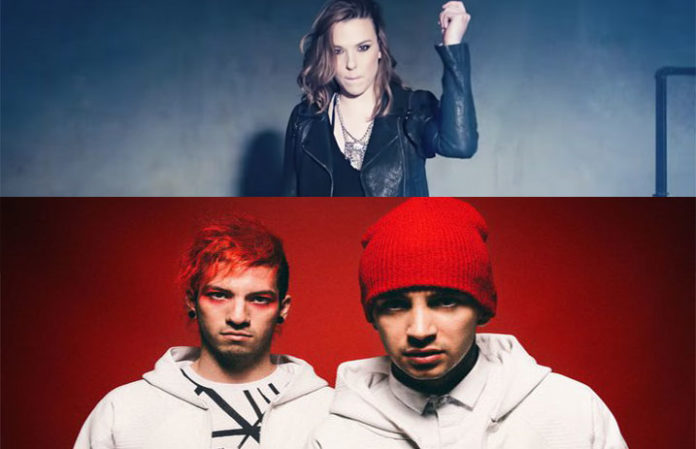 Halestorm may be finishing up a tour through New Zealand and Australia, but that didn't stop them from releasing ReAniMate 3: The CoVeRs eP which features covers of some of our favorite bands like Twenty One Pilots and Metallica.

This is the third covers only EP they've done with the first being released in 2011.

Read More: Bands share their scary stories from past tours

Halestorm has done covers of bands like The Beatles and Marilyn Manson for previous iterations of the Reanimate series.

If you're a fan of the band's original works, they'll be releasing a video for “Dear Daughter” soon. “Dear Daughter” was featured on Into This Wild Life which was the band's most successful album by far. It peaked at No. 5 on the Billboard 200.

ReAniMate 3: The CoVeRs eP can be purchased on iTunes. Check out our favorite covers from the EP below.

Which was your favorite cover? Let us know in the comments!