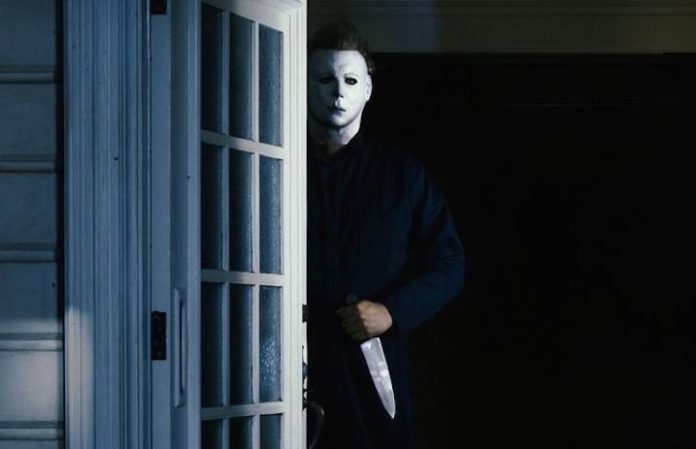 Any fan of the horror genre—or slasher films in general—can attest that Halloween, specifically the first, was one of the best horror movies to ever grace the big screen. After hearing plans of bringing back John Carpenter, the film's original director, to serve as executive producer, with the addition of Jamie Lee Curtis and Nick Castle reprising their famous roles, fans have been beyond excited for the upcoming film. Really, how could they not?

The excitement for the upcoming film is contagious, and we simply cannot wait to have mini heart attacks when one of the creepiest horror icons makes his way back onto the screen. While we're excited about seeing the real-deal Michael Myers and Laurie Strode come face-to-face again, hearing that it's going to be similar to the film that started it all has our heads spinning and our hearts beating on overdrive.

Halloween Daily News sat down with Castle, the shape himself, to discuss the progression of the film. According to Castle, the latest installment of the franchise will feel a lot like the first film.

“It’s very neighborhood-centric, you know, like the first one,” Castle told Halloween Daily News. “It feels a lot like [the first film]. There are a lot of things coinciding [in the new film] that feel like clever ways to introduce a kind of déjà vu of the first one, without feeling like it’s being copied. The script had some very clever people working on it.”

Those clever people who Castle are referring to are the new film's director David Gordon Green and producer Danny McBride. Castle told the site that the pair was clear on this new slasher taking on the same tone as the first one, with Castle saying that one of the first things out of their mouth was wanting to make this film the same way that Carpenter did his. While they had some challenges in creating the film, due to the logistics of it being set 40 years after the first, Castle maintains that he's looking forward to the release of the movie.

“They made some choices that I think are really bold choices about who these people are and why they are the way they are now,” Castle told the website. “So I’m really looking forward it. I have high hopes. Like I said in the panel, you never know until you put it all together and put it out there and have a few people look at it.”

Hearing Castle's high expectations for the film has definitely made us feel excited about the upcoming film as well.

With the new movie being the eleventh installment in the Halloween franchise, the flick reportedly will pick up 40 years after the story of Carpenter's original film. In addition to a time jump, the new film will also be ignoring the previous Halloween sequels, as reported over at ComicBook.com. Wanting to get back to the basics for this upcoming film, producer McBride told the Charleston City Paper of their plans on recreating the feeling from the first one.

“The original is all about tension. Laurie Strode doesn't even know that Michael Myers exists until the last minutes of the movie,” McBride told the Charleston City Paper. “So much of it you're in anticipation of what's going to happen and the dread that Carpenter spins so effortlessly in that film, I think we were really trying to get it back to that. We're trying to mine that dread. Mine that tension and not just go for gore and ultra-violence that you see some horror movies lean on.”

Oh yeah, did we mention that Curtis is done filming? In a tweet posted by the actress, the star confirms that the film is one step closer to being completed! Curtis also mentioned that she believes fans will be “very happy and VERY scared.”

And that’s a wrap. Darlene Vega painted this of Michael Myers. @halloweenmovie #halloweenmovie Everybody who made the movie did so because of their passion for John Carpenter and Debra Hill’s original vision. I think you will all be very happy and VERY scared. See you 10/19/18 pic.twitter.com/3ZT1rfx6pD

Hearing this, paired with the fact that Carpenter will actually be on board in creating this film, has us ready to have a full-blown heart attack.

If the GIF above doesn't show our excitement about the upcoming Halloween sequel, we don't know what will. What we can say is that having a fresh start with familiar faces is something we're very excited about.

Be sure to watch the Halloween reboot when it hits theaters Oct. 19!