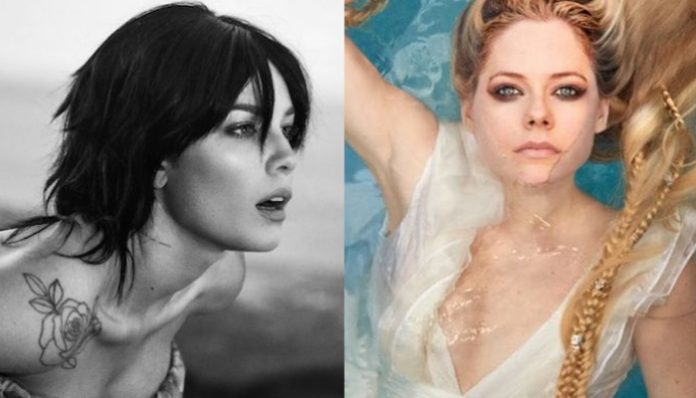 Halsey hosted her annual Halloween Party in L.A. last night and she brought along a very special guest in Avril Lavigne for an incredible performance.

The two singers linked up for a duet of Lavigne’s hit track “Girlfriend” during Halsey’s performance.

As she does every year, Halsey hosted a huge party for Halloween which fans could actually RSVP to attend.

The party was tagged on the website as “Halsey Presents: Almost Famous is an experiential Halloween Party in Hollywood, celebrating the Rockstars of the 60’s, 70’s, 80’s & 90’s.”

Admission is free, but the musician installed a mandatory donation policy for Los Angeles based charity My Friend’s Place.

During the party, Halsey came out with a wildly awesome costume for goths with an iconic Marilyn Manson look.

During the evening, she performed a set which some fans caught footage of. This is when she brought out Lavigne for a stellar performance that luckily has been caught on camera. She also played her hit song “Graveyard” during the night.

You can check out those performances in the players below.

I can’t believe I got to witness Halsey and Avril Lavigne singing “Girlfriend” in the year 2019 !!!! ICONIC pic.twitter.com/f1dIHOunR4

can’t believe halsey resurrected avril from the dead to perform this song at her halloween party…. her power https://t.co/L0PUkbwZhp

What do you think of Halsey and Avril Lavigne’s performance of “Girlfriend”? Let us know what you think in the comments below.