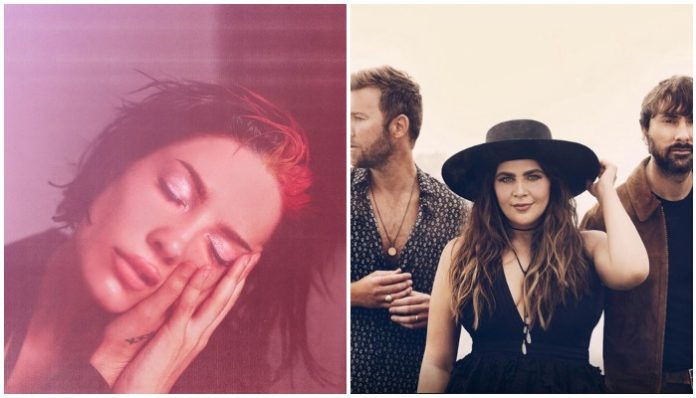 Halsey and Lady Antebellum are not two names that you typically see together. That changed last night at the CMA Awards when the pop icon teamed up with the country trio to perform each other’s hits.

Halsey and Lady Antebellum performed a medley of two songs at the CMA Awards. The team played “What If I Never Get Over You” and “Graveyard”.

“Graveyard” is Halsey’s song and was released in September. It’s expected that is will be on Halsey’s forthcoming 2020 album Manic. “What If I Never Get Over You” is the top single off Lady Antebellum’s album Ocean, which releases tomorrow Nov. 15.

Check out the performance below and prepare for goosebumps as the harmonies and haunting vocals blend so well together.

Halsey’s “Graveyard” is a slower version than what we’re used to and the addition of Lady Antebellum’s vocals only adds to its ethereal nature.

Halsey announced the first leg of her Manic world tour back in Septemeber. Information and tickets can be found here.

You can view the list of cities and dates for the first installment below.

Manic arrives Jan. 17, 2020. You can pre-save and preorder the 16-track album here. Bundles and merch can be purchased via Halsey’s website with each preorder receiving instant digital downloads of “Graveyard” and mega-hit “Without Me.”

What do you think about the Halsey/Lady Antebellum collaboration? Let us know in the comments below.