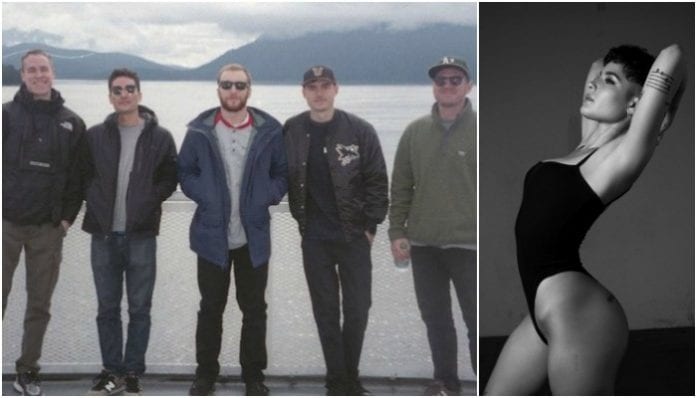 Halsey was right in the middle of all the action during last night’s The Story So Far show, going so hard in the pit she lost both earrings and scratched up her face in the process.

Our emo queen didn’t have to go that hard, but she did.

When Halsey told fans via Twitter to catch her in the pit at The Story So Far’s gig last night, there were a few that didn’t think she was being serious.

fucking stoked for @thestorysofarca tonight. catch me in the mf pit for Roam ????????

The doubters were soon put in their place as Halsey gave fans a play-by-play of her evening, revealing that both of her earrings had flown off at some point during “Roam”.

I went so hard during roam both my hoop earrings swung out of my ears. If you ended up with them please don’t sell them on EBay.

And she didn’t stop there.

Halsey’s Instagram Story revealed she did have to step away from the pit after some eventful moshing, but it was obvious our girl was still having the time of her life.

Fan reactions were just as entertaining.

At first I was like “nah she doesn’t mean the story so far” but DAMN Halsey is just as emo as the rest of us https://t.co/fACCGysvbY

@halsey at The Story So Far concert is everything https://t.co/TzlR7IAHsn

Watching @halsey lose her shit during @thestorysofarca tonight was everything I never knew I needed. I love her. pic.twitter.com/8MFzeIAhL0

Movements opened for The Story So Far, and Pat’s reaction to hearing that Halsey was there is EVERYTHING.

How hard have you gone in the pit? Tell us those moshing horror stories in the comments below!