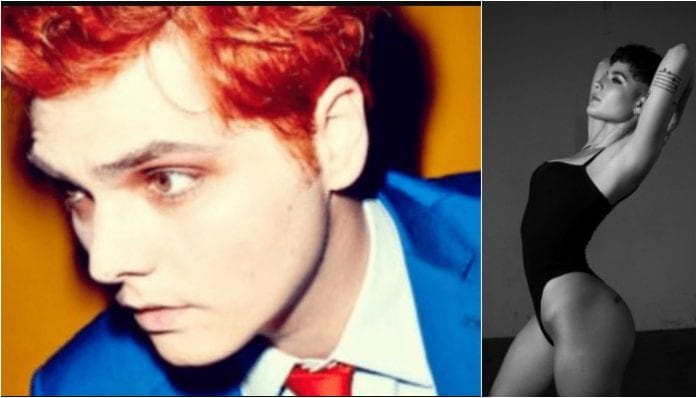 Halsey has absolutely slayed her iconic looks over the last few years. Now that we’re kicking off a brand new year, our literal emo queen took to Twitter to debate what 2019 could hold in store for her next creative color—with some possible help from My Chemical Romance.

Whether it’s long blue locks or her gorgeous natural curls, legendary songstress Halsey has proved she can rock it all.

Our queen has really found her own over the last few months, opening up about being vulnerable and how it’s OK to feel insecure about yourself sometimes.

“‘confident girl’ has always been my ‘brand’ + for a while I felt really scared to be myself but then, I was ashamed I could be so insecure,” Halsey writes in her tweet. “I wasn’t allowed to be. it was ‘weak’.”

“Recently I accepted I won’t feel 100 [percent] all the time + it’s given me access to a new range of emotion.”

We love an open and honest queen.

As we step into the new year, Halsey revealed her changes wouldn’t be stopping there.

“My brain arguing with me over whether I should grow my hair, cut it, or dye it a bright color” she posted on Twitter, sending fans into a frenzy with suggestions over what the singer’s next look should be.

My brain arguing with me over whether I should grow my hair, cut it, or dye it a bright color pic.twitter.com/H1Esysz5By

While fans immediately began asking for the iconic blue to make a reappearance, her next tweet quickly added a game-changer to the mix.

Fans were quick to jump on the Gerard Way red train:

please do gerard way red it’ll be the only thing close enough to mcr coming back. we need this.

Halsey narrowed the choices down to three: Lilac, Gerard Way red, and pink (again), allowing fans to vote for a color on her Twitter.

We might be biased, but we’re definitely leaning towards Gerard Way red.

Which color do you think Halsey should sport next? Sound off in the comments below!