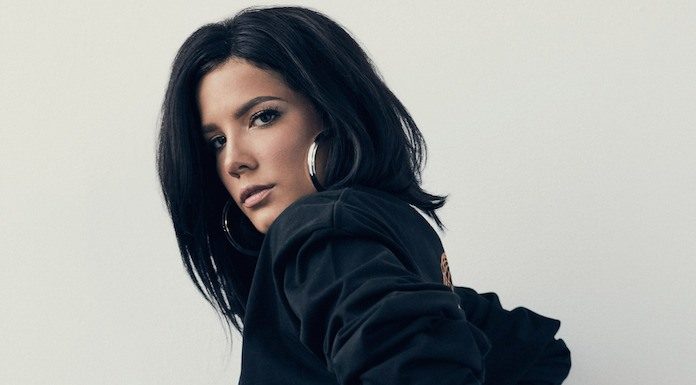 Halsey is no stranger to lighting up Twitter with exciting news, but on Sunday the singer delighted fans everywhere by teasing that she has new music on the way very soon. Apparently, a new Halsey tune will see the light of a day “in a few weeks.”

So what’s the new song we’ll be hearing from the “Bad at Love” and “Him & I” singer in a few weeks? That’s yet to be revealed, but Halsey assured a fan on Twitter that her newest song is coming down the pike later this month. You ready for it?

when will we hear a new song? @halsey

And just a day before her latest Twitter hint, Halsey rocked the main stage at the Governors Ball in New York City, as covered by Billboard. During the explosive stage show, the “Alone” singer gave a special shout out for LGBT Pride Month.

“June is pride month,” she said to the audience. “If you are a proud member of the LGBT community, or a proud friend of someone who is, you gotta…you gotta…dance.”

Of course, Halsey also posted some epic pics from her Gov Ball appearance, including the below shot with Post Malone.

Did you catch Halsey’s Gov Ball performance over the weekend? The massive festival lineup also included rockin’ acts such as Jack White, the Gaslight Anthem, James Blake, Third Eye Blind and many more.

Watch more: Halsey at the 2017 GRAMMYs

You stoked for new Halsey tunes? Do you follow her on Twitter? What’s your favorite Halsey song? Sound off in the comments.