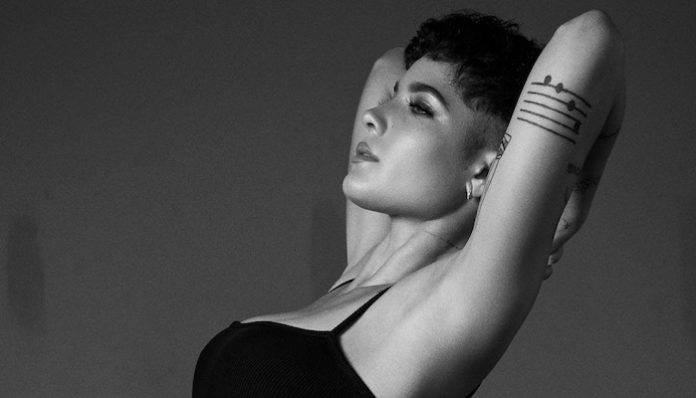 Halsey is teasing fans even more about her upcoming single “NIGHTMARE”  on her social media.

She previously sent us into a frenzy when she announced the single at her two intimate era shows.

Read more: Against Me! celebrate discography with full record gigs

To backtrack, Halsey has been teasing us big time about new music. She purged her social media after the Billboard Music Awards, which led us all to freak out.

Then, she announced the intimate shows at Webster Hall, where she put tickets on sale at 5:17 p.m. The specific time sent fans into a frenzy, believing the singer would be dropping something big on May 17th.

After that, she posted a link in her social media bios that directs fans to a site where they can sign up for email alerts and proceed to share what their worst nightmare ever was.

Then, as fans choose from a series of options such as “falling,” “demons/ghosts,” “natural disaster” or “loved one dying,” the site tells them an interpretation of their worst nightmare.

Then, the intimate shows happened. On the first night when she performed Badlands, she revealed to fans outside the venue  what we’ve all been dying to hear.

Fans immediately began asking if it was May 17 following the ticket sale time. Halsey simply replied, “I have no idea what you’re talking about.”

The real shocker was at the show when a banner fell that said “Halsey ‘NIGHTMARE’ May 17th.” It basically confirmed all the theories behind her teasing, so we could breathe a sigh of relief. The performer posted a video of the banner on Twitter confirming that it was a single being released.

Halsey later went on Instagram to talk about the importance of the shows and discuss her single more.

“‘2 intimate homecoming shows’ means a lot of things,” she wrote, “Webster Hall is where I played my first headline show in New York. It’s where I grew up attending concerts.”

“2 intimate homecoming shows” means a lot of things. Webster Hall is where I played my first headline show in New York. It’s where I grew up attending concerts. Badlands is where I found myself; and HFK is where I found myself again. When I stray too far from home, I return to you every single time. NIGHTMARE is coming May 17th and I’ve waited so long to see you. sweet dreams. 📷: @donslens

Then, as if we were already losing our minds, she launched a “NIGHTMARE” lyric scavenger hunt across U.S. cities.

I hid lyrics to NIGHTMARE in your cities. Let me know when you find them….

Now, she’s posted about the new song again on Instagram with what appears to be the single’s album artwork and some lyrics.

The caption reads, “‘c’mon little lady,‬ ‪give us a smile?’” and the photo shows the singer sticking out her tongue in an image that almost looks distorted.

One fan says the lyrics were found in Chicago, with the photo of Halsey sticking her tongue on with it.

c’mon little lady give us a smile // finally found the chicago one!!!! @halsey pic.twitter.com/2ZuACJU0V8

Even if it isn’t the artwork, the more Halsey teases us about the new song, the more eager we get to finally hear it.

How excited are you to hear “NIGHTMARE” by Halsey?  Sound off in the comments below!