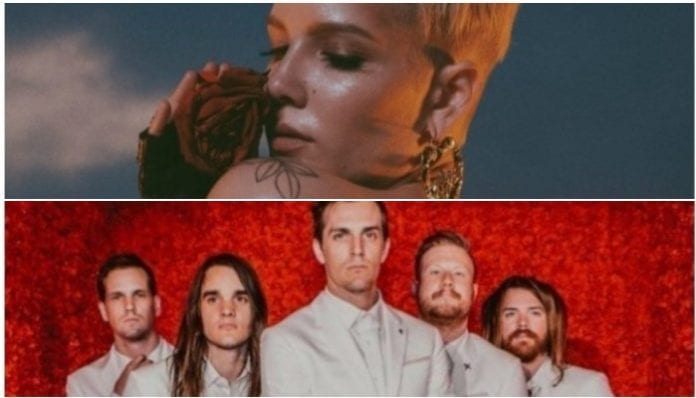 Halsey is filling out little emo hearts with joy again by sharing the album she’s currently listening to in preparation for Christmas.

However, she’s too early to the party and we need to talk about it.

Halsey, as the emo queen she is, listens to these songs near the holidays. On Nov. 29, she shared a screenshot of the EP Spotify page, writing “It’s time.”

The singer’s love for the Maine doesn’t come as a shock, she already proved her ties with the scene over and over again, either by letting us know she’s Panic! At The Disco’s No. 1 fan or joining All Time Low onstage.

As it happens every time she mentions a band we love, Halsey’s tweet filled our emo hearts with joy. However, we must inform something: She’s wrong, it’s not time to listen to this EP yet.

Don’t get us wrong, we love the Maine and we’re going to spin the hell out of this album, but we must respect certain traditions.

We’re not complaining because we think she’s celebrating Christmas too early or something. Let’s face it, Thanksgiving was a week ago, and we can’t fight the holiday spirit anymore, even if we really wanted to.

However, the first line in the first song of the EP is: “December 1st, I’m in a foreign state, I’m running late.”

This means we start listening to the record on, you guessed it, December 1st. Halsey should have waited two more days and then all would be well. Two days. But she didn’t and now we have the album on repeat IN NOVEMBER.

It’s not that we’re mad at her. The singer was clearly feeling the holiday spirit, since she also posted pictures of her new Christmas decorations on her Instagram story. It’s totally understanding that she’d be listening to the album while putting them up.

We’re just really particular about our traditions, but we guess we can start new ones too.

You can hear us out and wait, which is probably a terrible idea, or just follow Halsey’s steps and press play below. It’s a great album:

And since we’re here, you can also listen to the Maine’s 2017 holiday record …and to All a Good Night because why not:

In other news about the Maine

Last week, the Maine dropped 2019 dates in support of their untitled upcoming album. The band will spend a week in the U.K. and Europe. Tickets are already on sale.

Real Friends,We The Kings, This Century, Mayday Parade and Teenage Wrist will be joining the Maine for the festival.

You can find more information about 8123 fest here.