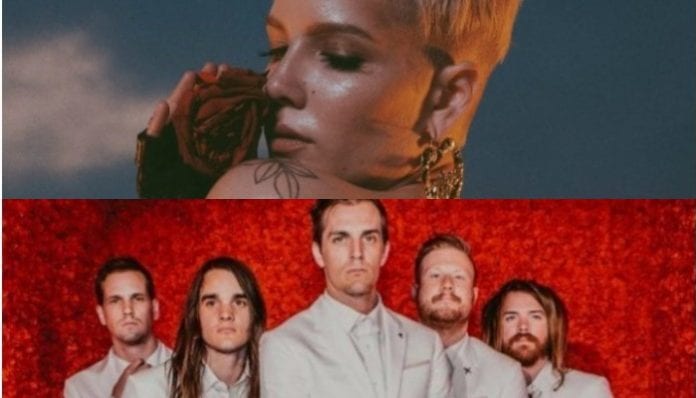 A few days ago, the Maine dropped an emotional cover of “Without Me.” After teasing the cover the full day before, the band delivered a beautiful take on the Halsey song.

Now, Halsey has responded to the band covering“Without Me,” and needless to say, she is definitely a big fan.

First, Halsey quote-tweeted the band’s cover with a series of heart-eyes emojis. However, once it all started to settle in, Halsey shared all of her emotions regarding one of her favorite bands covering her song.

“One of my favorite bands of all time @themaine covered “Without Me” and I’m trying to figure out where within the giant crack in the simulation I was given this blessing.” Halsey says in a tweet.

You can listen to the Maine’s take on “Without Me” below.

The Maine are releasing their next studio album You Are OK on March 29. You can preorder your copy of it here.

Additionally, the Maine and Grayscale are hitting the road in the U.S., starting on May 9 at Tucson, AZ in support of their forthcoming album. The run wraps up May 31 in Albuquerque, New Mexico at Launchpad.

You can check out the dates and cities on the band’s upcoming tour, as well as the previously announced European and South American treks, below and get your tickets here.

* with Taking Back Sunday

What do you think of this wholesome interaction between Halsey and the Maine? Let us know in the comments below.