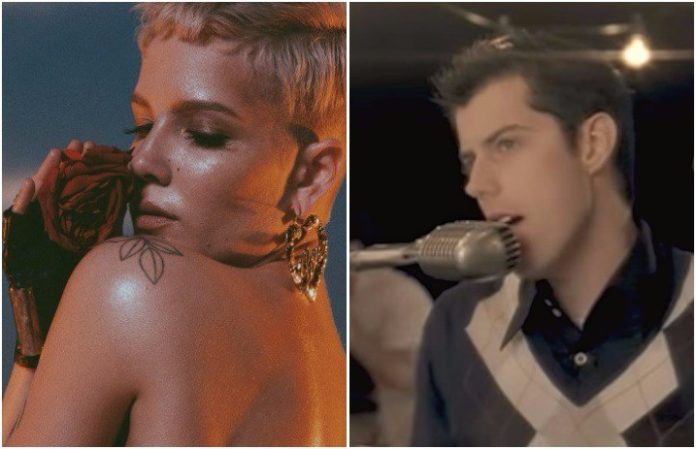 At her show in San Diego last night, Halsey brought out Andrew McMahon to perform Jack's Mannequin's “Dark Blue,” and we're truly feeling all the emotions.

Watch footage from their live performance below:

Halsey sang Dark Blue with Andrew McMahon last night at her show and I have no words. ������

Halsey and Andrew McMahon did Dark Blue last night and I’m sobbing in my bed.

halsey singing dark blue with andrew mcmahon??? omg like i thought i couldnt love her more but she keeps pullin on my emo kid heart strings

i can’t believe halsey brought andrew mcmahon out on stage with her and i wasn’t there to witness it wtf??????

HAS HALSEY EVER BEEN AT THE SAME ANDREW MCMAHON SHOW AS ANY OF US? HAS SHE EVER CRIED TO DARK BLUE LIKE I DO EVERY TIME I HEAR THE INTRO

BITCHES. HALSEY BROUGHT OUT ANDREW MCMAHON AND I ALMOST DIED.

And McMahon shared a photo, thanking Halsey for the opportunity. “You and your band put on an amazing show and I was honored to share the stage.”

Thanks @iamhalsey for inviting me out tonight. You and your band put on an amazing show and I was honored to share the stage.

It truly is a collab we could only dream of—we just wish we were there to see it live!

What are your thoughts on their performance? Let us know in the comments below!