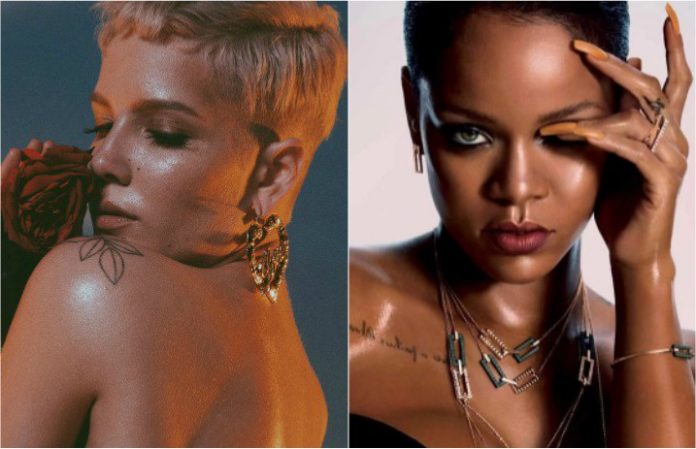 When Halsey performed her hit at the Billboard Music Awards, fans of the R&B singer called Halsey out for plagiarism, accusing the pop singer of stealing the beat from Rihanna's song “Needed Me.”

While Rihanna hasn't said anything herself, her fans were quick to jump on Halsey saying she stole from her.

Not trying to be rude but Halsey's Now or Never sounds like the great value version of Rihanna's Needed me pic.twitter.com/VeEYnOPDH4

Halsey basically changed the words and rereleased Needed Me by Rihanna. The epitome of “sure you can copy just don't make it obvious”#BBMAs pic.twitter.com/6DACNVCGIE

But dedicated fans of Halsey will know that “Now Or Never” is an outtake from a 2014 EP, which is two years earlier than when “Needed Me” was released. Hmmm.

You be the judge. Listen to the two tracks below and let us know what you think in the comments.