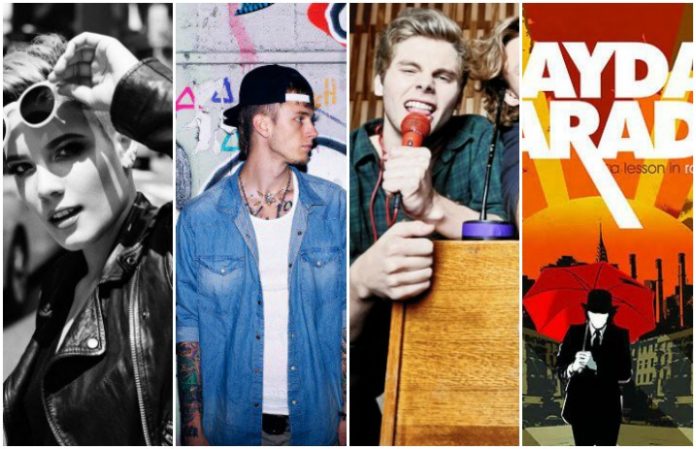 It looks like Halsey, Machine Gun Kelly and 5 Seconds Of Summer's Luke Hemmings were jamming at the Mayday Parade 10-year A Lesson In Romantics tour last night in Los Angeles.

Read more: Turns out rapper Machine Gun Kelly loves Blink-182 just as much as the rest of us

It started when Joe Taylor, whose band Knuckle Puck are supporting Mayday Parade alongside Milestones, posted on Twitter: “Heard that @halsey @machinegunkelly @Luke5SOS and some others were at the show in LA last night. Can anyone confirm?”

Heard that @halsey @machinegunkelly @Luke5SOS and some others were at the show in LA last night. Can anyone confirm?

Someone replied, confirming AP 345 cover star MGK and Halsey (both wearing beanies in the background):

Others replied saying Hemmings was on his girlfriend Arzaylea's Snapchat at the show:

And, in fact, they were:

Mayday Parade are on a lengthy tour celebrating A Lesson In Romantics.