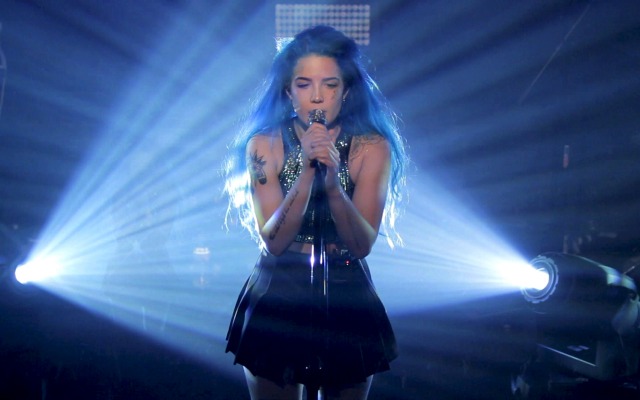 Up-and-comer/indie-pop princess Halsey has dropped her new music video for “Ghost.” The video, directed by Malia James, is an ambient, colorshot romance set in downtown Tokyo, evocative of Lost In Translation.

Halsey told The Fader that she had “enough videos of me and some male lead making out.” Accordingly, the video features a female love interest.

The revamped version of the track is off her upcoming debut album BADLANDS, slated for release on August 28 through Astralwerks. Halsey formerly released a video for the Room 93 EP version of the song.

BADLANDS is available for pre-order on iTunes, and has already peaked at #2 on the iTunes album charts.

Catch Halsey this summer on the Smoke and Mirrors Tour with Imagine Dragons.

Check out the video below, and let us know what you think in the comments.