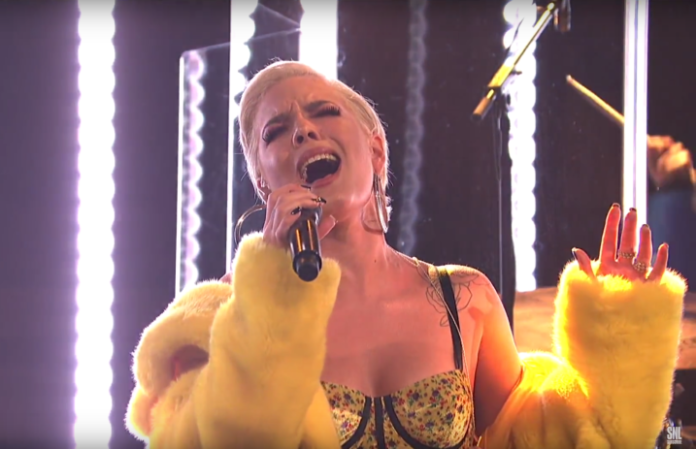 The fierce, fabulous and always inspiring Halsey took to Twitter today to announce that she would be speaking at the second annual Women's March in New York City tomorrow, Jan. 20.

According to the Washington Post, last year's Women's March on Washington was likely the largest single-day demonstration in recorded U.S. history, where millions of people participated spanning across 653 cities including Los Angeles, New York, Chicago and Seattle.

In 2017, after feeling inspired from last year's Women's March, Halsey sent out a tweet pledging donate $1 to Planned Parenthood for every retweet, up to 100,000. Her tweet received more than 132,000 shares, and the singer followed through on her promise, cutting Planned Parenthood a check for $100,000.

in the next 5 hours each RT = $1 donation by me to @PPact. Please read & share on why PP is important for all women. @CecileRichards pic.twitter.com/PEfwIecZ1N

This year, Halsey will participating in another big way by speaking at the 2018 Women's March in New York.

Very honored to tell you guys I will be speaking at the #WomensMarchNYC tomorrow! Gonna be a beautiful day. Can’t wait to see ur faces.

The rally begins at 11:30 a.m. EST where participants will begin walking down Central Park West, wrap around Columbus Circle and head down Sixth Avenue until they hit Bryant Park.

Will you be attending this year's Women's March? Let us know in the comments below.