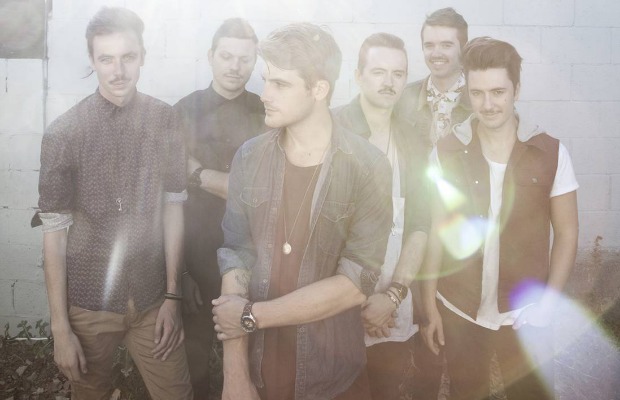 Australia's Hands Like Houses have announced Reimagine, an alternative and acoustic take on songs from 2013's Unimagine. The EP will be available on September 16, 2014 via Rise Records. Pre-orders are available from MerchNOW.

Here's what the band had to say about the release: “Earlier this year we had the chance to get away to Little Plain – a small farmhouse in the Snowy Mountains almost completely disconnected from the outside world, to revisit and rediscover some of the songs from Unimagine. We wanted to take it beyond just picking up acoustic guitars, we wanted to give the songs the same respect as if we were writing them from the beginning – and we just played and played until they felt right. Reimagine is a parallel and a rediscovery of Unimagine and we couldn’t be happier with the result.”

Stream one of the new tracks, “Revive (Introduced Species):”

Check out the cover art: