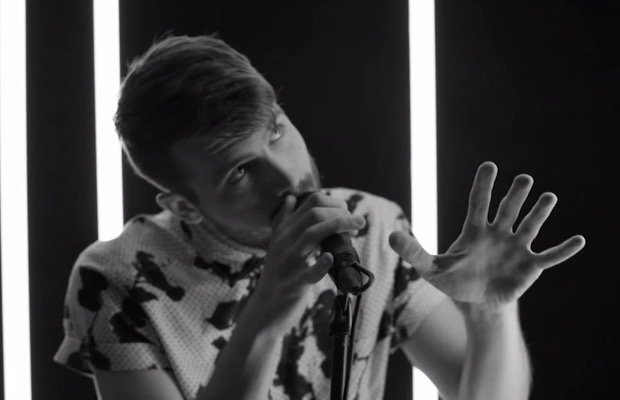 Yesterday, we posted an article containing GIFs that exploited the serious lack of female musicians at festivals, (via Pixable). Hands Like Houses frontman Trenton Woodley caught wind of the piece and penned a blog post regarding the issue.

“Fast forward 10 years or so and suddenly we’re all talking about feminism’s role in society, closing the gender gap and even broadening our concept of ‘gender’ so that gender is moving towards irrelevance in every day life,” wrote Woodley. “But we’re all still growing up and while it’s fantastic that there are so many gifted, hard working, talented women being recognized and celebrated in music, it’s going to take time for that to filter down to young people picking up instruments, getting good enough at them to gain some attention, then play this wild and unpredictable game of building up a ‘successful’ career and finding your way onto such massive festival bills.”

Read more: We reached out to 37 female musicians about their experiences with sexism, only 5 responded

He later added: “So sure—festival lineups might appear very skewed if you remove all the all-male acts but the fact that there are so many female-inclusive acts already there is a huge step forward in a severely conditioned society. By putting these artists on these stages, I hope that it is an active step towards inspiring more girls to pick up an instrument and dedicate themselves to mastering it.”

Sophy Ziss and Mariel Loveland, the creators of the aforementioned GIFs, wrote: “Lady acts exist. Of course they do. However, the number of female performers and female-fronted groups, when compared to the numbers of their male counterparts at music festivals, is paltry and sad.”

What are your thoughts on the issue? Should festivals be making an effort to book more groups containing female musicians?