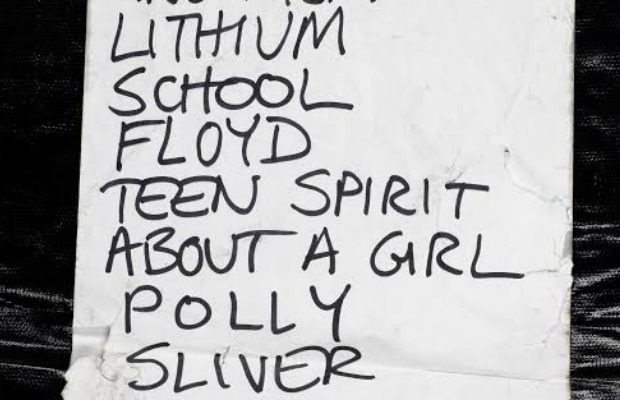 At the recent Bonhams Entertainment Sale, the auction house sold a handwritten Nirvana setlist for £5,625 (approximately $9,566). The setlist, which sold after a heated battle between two bidders, was written in black marker-pen by drummer Dave Grohl and was taped near Kurt Cobain’s mic stand during the band’s 1991 performance in Glasgow, Scotland.

The setlist also still contains dirty footprints where Cobain may have stood. Many classics are listed on the paper—“Lithium,” “Teen Spirit,” “Come As You Are,” “All Apologies” and more. You can read a full description and check out an image of the setlist below.

“Other notable lots included a Nirvana handwritten set list which sold for £5,625 after a battle between two telephone bidders. The set list, written in black marker-pen by Dave Grohl, was taped to the stage by Kurt Cobain’s mic stand during a Nirvana performance in Glasgow in 1991 and is complete with dirty footprints from the sole of a trainer along the bottom edge where Cobain possibly stood. According to the vendor who was at the Glasgow concert, at the end of the gig he asked a member of Security for the set list which the guard ripped from the stage next to Kurt's mic stand.”

Another interesting item that sold included a cherry red Gibson SG guitar owned by Pete Townshend of the Who, which went for £37,500.