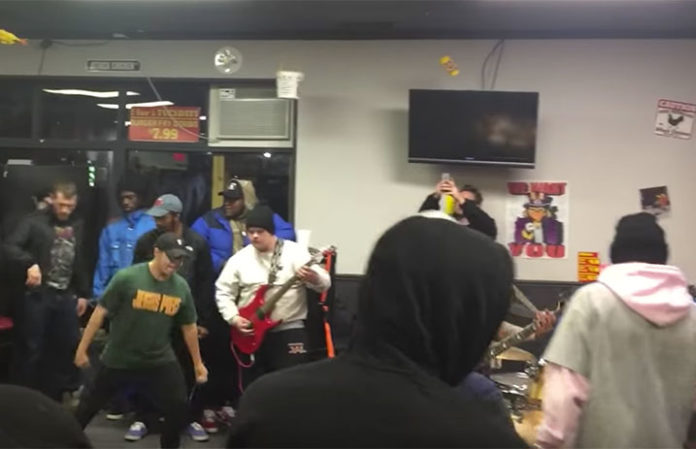 Have you ever sat in a restaurant eating a chicken sandwich thinking that the only thing that could make it better is if a hardcore band was playing mere feet away from you? Of course you have which is why Drawn Out, along with a few other bands, played a show at a Cluck-U Chicken in New Jersey.

Even better, the band's entire set is on Youtube for us to enjoy. Check it out below.

Read More: GWAR have opened their own restaurant and bar

The Cluck-U Chicken closed at 11 which is exactly when the set began, so fans of the bands playing had to eat their chicken wings before moshing. The band explained on Facebook that the gig was set up by a friend of theirs in the band Depreciator who also works at the Cluck-U-Chicken. This unique venue opportunity also gave us one of the coolest show flyers we've ever seen. Check it out below.

So cook up some chicken wings and enjoy Drawn Out's full set at Cluck-U-Chicken. The band is also releasing a two track promo in January.