Harry Styles opened up the Grammys in true rockstar fashion — grooving in head-to-toe leather and a feather boa.

The first-time Grammy-nominated artist performed “Watermelon Sugar” in a leather suit and no shirt underneath, proving that he’s not going to let anyone dictate what he wears.

“I would have worn a shirt for my first Grammys,” host Trevor Noah joked after Styles’ performance.

Styles performed a more low-key version of the hit song, but that didn’t mean he didn’t bust out some dance moves mid-set with his background singers.

You can check out a video of Styles’ performance below.

As previously stated, 2021 is the first year Styles has been nominated for a Grammy, both as a solo artist and when he was a member of One Direction. This year, Styles is nominated for Best Pop Solo Performance for “Watermelon Sugar,” which gained a ton of popularity on TikTok in the last year. Additionally, he’s up for Best Pop Vocal Album for the chart-topping record Fine Line. He was nominated for Best Music Video for “Adore You,” but lost to Beyonce’s “Brown Skinned Girl.”

The nominations are well-deserved as Fine Line was the fourth most-streamed LP on Spotify in the world in 2020 following Bad Bunny’s YHLQMDLG, The Weeknd’s After Hours and Post Malone’s Hollywood’s Bleeding.

The album was Styles’ second solo studio album after his 2017 self-titled debut, which was a bit more experimental and adventurous than the rocky-heavy predecessor.

You can check out the full list of Grammy winners here.

Harry Styles won his first-ever Grammy award for “Watermelon Sugar” after performing the song at the beginning of the show.

Styles was up against Billie Eilish, Taylor Swift, Justin Bieber and other major pop acts for the Best Pop Solo Performance. However, he earned the win with “Watermelon Sugar.”

“This was the first song we wrote after my first album came out during a day off in Nashville,” Styles said in his acceptance speech. “I feel very grateful to be here.”

You can watch the former One Direction member’s speech below.

Since leaving One Direction, Styles has cultivated a style of music reminiscent of rock’s past, with obvious influences from David Bowie, Van Morrison and more. Outside of pushing the boundaries with his music, he’s also challenged gender norms in fashion.

Last year, he broke the internet (again) after Vogue unveiled the photos from a cover shoot where he was wearing a dress. While styles made history as the first man to appear on a solo cover of Vogue, people could not stop talking about his fashion choices.

The cover quickly earned both praise and backlash from commentators, with some suggesting he be more “masculine.” Conservative figure Candace Owens was among the latter, requesting that the world “bring back manly men.”

Styles responded to the negative comments in the best way possible by flipping Owens’ statement alongside another image of him in a light blue jacket.

In the Vogue cover story, he even discussed his draw to an androgynous style.

“Clothes are there to have fun with and experiment with and play with,” Styles told Vogue. “What’s really exciting is that all of these lines are just kind of crumbling away. There’s so much joy to be had in playing with clothes. I’ve never really thought too much about what it means—it just becomes this extended part of creating something.”

Aside from continuing to succeed in the pop music world, Styles has also been busy acting.

Wilde posted a behind-the-scenes look at Styles’ character in the film, praising him for supporting and starring in the female-led film.

“Little known fact: Most male actors don’t want to play supporting roles in female-led films,” the director says. “The industry has raised them to believe it lessens their power (i.e financial value) to accept these roles, which is one of the reasons it’s so hard to get financing for movies focusing on female stories. No joke, it is [hard] to find actors who recognize why it might be worth it to allow for a woman to hold the spotlight.

“Enter: [Harry Styles], our ‘Jack.” Not only did he relish the opportunity to allow for the brilliant [Florence Pugh] to hold center stage as our ‘Alice,’ but he infused every scene with a nuanced sense of humanity. He didn’t have to join our circus, but he jumped on board with humility and grace and blew us away every day with his talent, warmth, and ability to drive backward.”

Stevie Nicks, who considers Styles the “son she never had,” is also eyeing the “Watermelon Sugar” singer to star in a TV miniseries based on Fleetwood Mac‘s “Rhiannon.” The series will be about the mythological Celtic deity Rhiannon which the song 1975 song is based on.

Apparently, Styles is in the running, but Nicks joked he isn’t allowed to age.

“I’m going, ‘Harry, you cannot age one day,” she told the LA Times. “You have to stay exactly as you are. I’ve already sold him on it.”

It’s funny how she’s hung up on his looks, considering that one time Nicks mistook the former One Directioner for an NYSNC member at the 2019 Rock And Roll Hall of Fame induction ceremony.

“When Harry decided to make a solo record from NSYNC…not NSYNC, sorry,”  Nicks said during an interview. “I’m never gonna live that one down. One Direction.

Styles inducted Nicks into the hall of fame that year, praising the legendary rocker.

“’Dreams’ was the first song I knew all the words to before I even knew what the words meant—I thought it was a song about the weather,” Style said.

“She’s so wise and serene; she sees all the romance and drama in the world, and she celebrates it. She’s the magically gypsy godmother that occupies all the space in between.”

What did you think of Harry Styles opening performance at the Grammys? Sound off in the comments below. 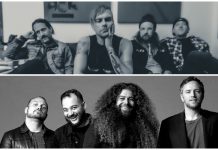 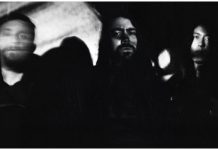