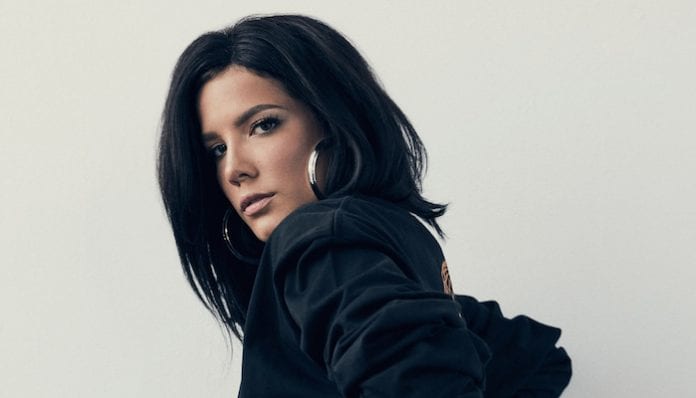 International pop star Halsey says her uncompromising new song “Without Me” is the first time she’s written as Ashley in a chat with Zane Lowe. Listen to the fresh track, her first solo recording since 2017’s hopeless fountain kingdom, below.

And the artist’s evoking her real name (she was born Ashley Nicolette Frangipane) in the brand new interview with Apple Beats 1 to explain just how close the standalone track’s real-life insights come to her offstage persona.

Read more: Throw it back to 2005 with Panic! At The Disco

“It’s not protected by some character or some subplot,” she says. “It’s like this is really me talking about my life. It kind of gave me like an existential crisis as an artist a little bit, because I’ve prided myself on being an artist who’s authentic.”

Halsey and Lowe also broach the subject of her relationship with rapper G-Eazy. The singer acquiesces “we’re just people” while also stating that, “You don’t belong to anybody but yourself and you know you’re not bound to anything.”

Dig into all this and more on Halsey’s bold new song “Without Me” and her complete interview with Zane Lowe. As the artist declares, there’s a lot going on in the coming-of-age anthem from the superstar pop singer.

“It’s a weird time for me because like … I’m turning 24,” she says. “And I was 19 when I wrote Badlands. And it’s like I blinked and it just feels so insane. … it’s so complicated, because there’s so much to unpack here.”

What do you think of the latest track from Halsey? Sound off in the comments below, and let us know your opinion!