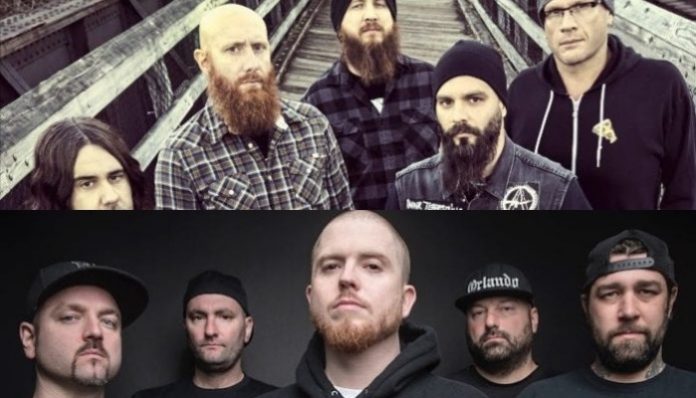 Hatebreed frontman Jamey Jasta is making sure fans have plenty to hold them over until the release of the band’s new album. The vocalist debuted not one but two brand new tracks from his project Jasta, featuring Trivium‘s Matt Heafy and Killswitch Engage‘s Jesse Leach.

Check out the new songs below!

The two tracks come from Jasta’s forthcoming release, The Lost Chapters, Vol. 2, slated to be released next month.

“Strength To Draw The Line” marks the album’s first single and features KSE’s Leach. Jasta took to social media to announce the track, praising the KSE frontman for all his work on the song.

“@jesse_d_leach absolutely nailed this track and helped inspire the lyrics,” Jasta writes on Instagram. “Quick rant sorry for any misspellings & typos. I love a good story, it’s probably why I podcast. So imagine this as a sequel or a prequel to other tracks we’ve both written. It’s about & for the wild ones, the “crazies” so to speak.

“The creative wave makers and game changers who have all been dismissed along the way but vindicated in the end. At some point they had to “draw the line” to put a limit on what they will do or what they will allow happen if they view it is wrong or in the way of their process or limiting what they say or what they can create.

“The line is different for everyone and for some it is extremely hard to draw. To some it is just preserving their time & positive energy away from toxic elements. For others it’s maintaining our sanity through our creative process, work, school, jobs, collaborative efforts & family lives. It can be tough, so the song is tough!

“Some of us who have been dismissed as crazy or unreliable or irresponsible because our brain waves are different or we learn differently or take in information in ways other don’t. Some of us always felt & still feel out of step with the world sometimes and that’s ok! Think about all the awesome art, film, photographs, sculptures, albums, radio shows, books, comedy specials, architecture, tattoos or whatever you deem is art and the person or people behind it at some point had to have the “Strength To Draw The Line”.

The second track, “When The Contagion Is You,” features Heafy of Trivium and will also appear on the forthcoming album.

More good news! New #JASTA track “When The Contagion Is You” featuring the mighty @matthewkheafy from @triviumband just premiered on @sxmoctane and is now live on @spotify & @applemusic Matt absolutely crushed this track I knew his voice would sound amazing on this when I wrote the melody!! I’m so pumped we got to work together. The Lost Chapters Vol. 2 is coming Dec. 13th! Thank you @trivium_mexico for the graphic 🤘🏻🙏🏻 #Jasta #Trivium #JameyJasta #MatthewKHeafy #sxmoctane

You can listen to both tracks below!

The Lost Chapters, Vol. 2 will debut Dec. 13. You can pre-order your copy here.