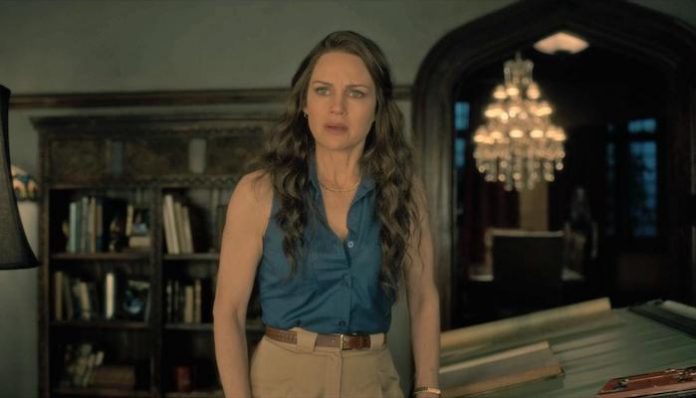 Mike Flanagan’s Netflix horror-anthology series is getting a follow-up to the first season’s The Haunting of Hill House, and Victoria Pedretti is going to be returning.

The actress is now confirmed to be leading the follow-up, The Haunting of Bly Manor, according to the streaming company.

Read More: ‘Spiderman: Into The Spider-Verse’ initially had a Tom Holland cameo

Pedretti is also currently set to appear in Quentin Tarantino’s Once Upon a Time in Hollywood and Apple’s Amazing Stories anthology series. This time around, Pedretti’s set to portray a governess, Dani, who is looking after two unique children.

Some fans were sceptical about how the show could have a follow-up after the first season came to an end. The solution is apparently to make it an anthology like American Horror Story with the same cast playing different characters.

You guessed it. The HAUNTING OF BLY MANOR, a new chapter in the Haunting series based on the works of Henry James, is coming in 2020. pic.twitter.com/nvhRBEfH2E

Nellie Crain may be gone, but Victoria Pedretti is returning to the Haunting universe in The Haunting of Bly Manor coming 2020! pic.twitter.com/uWoB5zdxKx

“Well, I can’t say anything definitive at this point, other than Mike and I really love collaborating and working together and any opportunity where a schedule allows for us to do that, we will, and I would be honored to,” Gugino told TheWrap.

The title suggests the series will be based on an 1890s horror story called The Turn of the Screw. The story involves a governess watching over two orphans following the death of their parents at Bly Manor. She begins seeing ghosts, and the situation gets sinister.

In case you haven’t seen the first season of the series, check out the trailer in the player below.

The Haunting of Bly Manor premiering on Netflix sometime in 2020, though no exact release date has been revealed.

What do you think of Victoria Pedretti returning to the Netflix horror-anthology series? Let us know in the comments below.