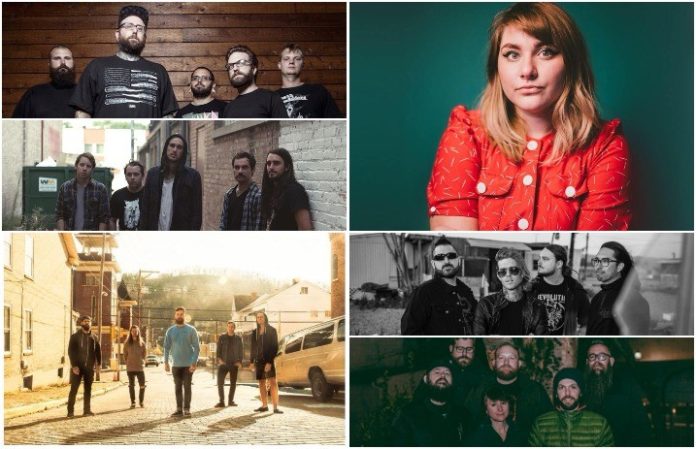 Catch Hawthorne Heights, Kississippi and the Acacia Strain on tour—plus, don’t miss Of Mice & Men's Defy tour video. Check out the news you might have missed today below!

Read more: Study explains why you don’t like new music past your teen years

Hawthorne Heights have announced a U.S. headlining tour with Listener, Hotel Books, Sienna Skies and Heavy Things! The tour will start April 18 and run until June 30. Tickets go on sale this Friday (VIP tickets are available now). For tour dates and tickets, you can go here!

2. Of Mice & Men take us behind the scenes of their Defy tour

Of Mice & Men have shared a behind-the-scenes look at life on the road in the first episode of their Defy tour diary. The band are currently on the road with Blessthefall, Cane Hill, Fire From The Gods and MSCW. You can get your tickets here!

The Acacia Strain have announced a new headlining tour. The band will be hitting the road on their “Tune Low Die Slow 2018” tour this spring, with support from Left Behind and Downswing.

4. Pianos Become The Teeth shared a music video for “Love On Repeat”

”Love On Repeat” is taken from the band’s upcoming album Wait For Love, out Feb. 16. You can preorder your copy of the album here!

5. Kississippi was announced as tour support to Dashboard Confessional

Y’all heard it here first. We’re going on a full US with Dashboard Confessional and Beach Slang next month. About to start welling up at band practice. I can’t wait to see the country with my best friends and one of my first favorite bands.

Kississippi announced they'll be hitting the road with Dashboard Confessional and Beach Slang next month. Be sure to get your tickets for the tour here!

Senses Fail have announced a pop-up shop and album release party to celebrate the release of their upcoming album, If There Is Light, It Will Find You, which you can preorder here! Be sure to RSVP for the pop-up shop here! The band will also be hitting the road on a U.S. tour with Reggie And The Full Effect, Have Mercy and Household, and you can get your tickets and see the dates for the show here.

This Patch Of Sky have premiered the Echelon Effect remix of “Pale Lights.” The band have a few upcoming shows as well, check out the dates below (and purchase tickets here)!