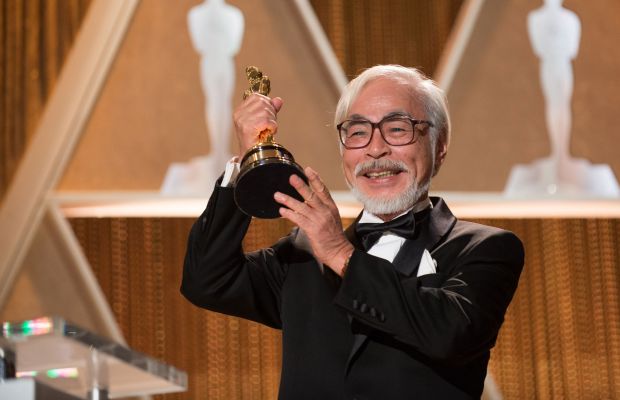 Hayao Miyazaki fans are giddy today as the famed, Academy Award-winning director and animator has confirmed that he is working on his first-ever 3D animated film, a substantial departure from his usual efforts on beloved works such as My Neigbor Totoro, Spirited Away and Ponyo. Following last year's The Wind Rises—the director's alleged final film—Miyazaki confirmed his retirement and mentioned that the iconic Studio Ghibli would no longer be making films following their final releases in The Tale Of Princess Kaguya and When Marnie Was There. While this currently remains to be true, Miyazaki's upcoming 10-minute short is being made for the Ghibli Museum in Mitaka, Tokyo (via Variety).

While it's not a feature film as many fans would likely prefer, it's new work from Miyazaki regardless which has the internet ablaze with hope and happiness. The as-yet-untitled short is said to star a hairy caterpillar and is estimated to take an alarming three years to complete. The reason for the time of production is unknown but it could be suspected that Miyazaki is either learning 3D animation and/or teaching himself how to use it. Furthermore, it is unknown as to whether or not the short will be shown solely at the museum or if it will be available elsewhere.