We’re two days away from Paramore frontwoman Hayley Williams unleashing her new project presumably titled Petals For Armor. With weeks of teasers, the vocalist has finally added another piece to the floral-filled puzzle with the reveal of the track’s title.

Following more movie reference clues and what might be another lyric last week, Williams took to Instagram to reveal the new song will be called “Simmer.”

Just like with past teasers, Williams shared a post from the Petals For Armor Instagram to her story, adding a bit more context with “‘SIMMER,’ coming Wednesday.” 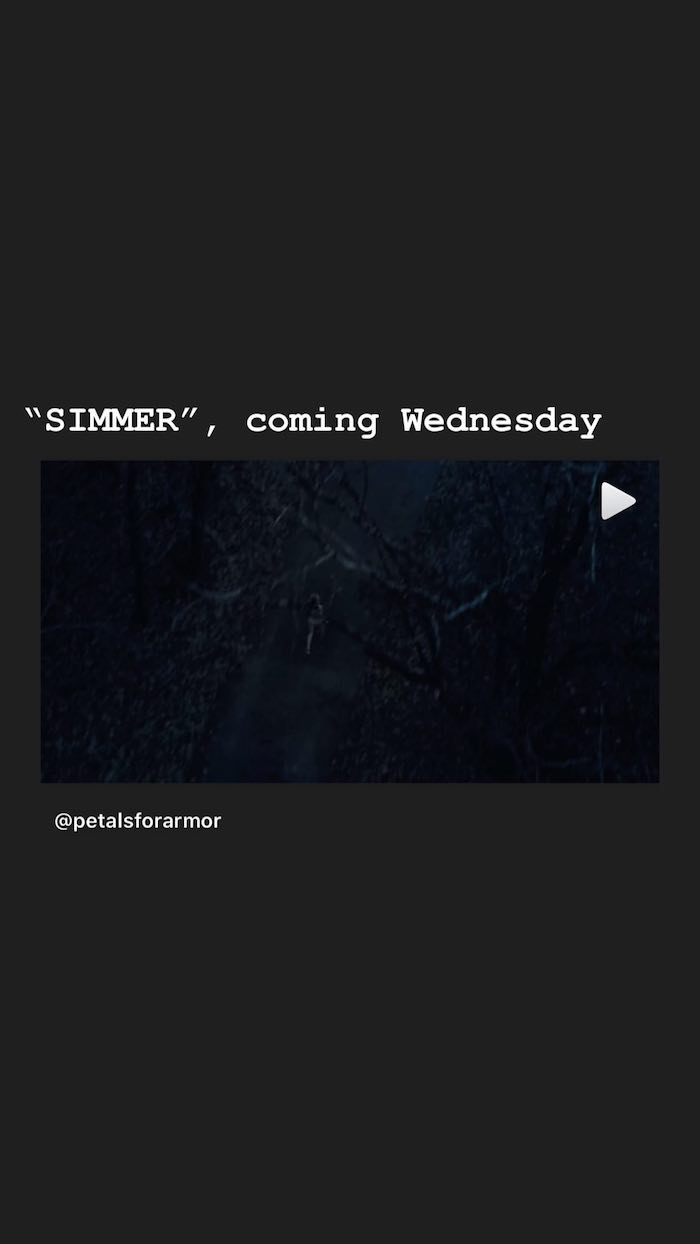 Keeping with the dark aesthetic surrounding previous teasers, the new post focuses on a person as they run through the woods. Another familiar gasp-like sound appears before flashing Wednesday’s date, Jan. 22., and “Simmer” across the screen.

Soon after, Williams first revealed a new project was on the way at the end of December, celebrating her birthday with the news.

On Jan. 6, Williams began the first of many mysterious teasers by sharing three black boxes across her Instagram feed. The following day, the Internet caught on to Petals For Armor with an Instagram account that had been first launched in October.

Days later, the vocalist shared a black image with a caption many believed was the first lyric reveal: “how to draw the line between wrath and mercy.”

On Jan. 13, Williams shared a second visual traveling through the same wooded area and the same date.

A few days later, Williams returned with more movie references and another possible lyric: “nothing cuts like a mother.”

She shared two more images in the following days reading, “if i had seen my reflection as something more precious” and “wrap yourself in petals” respectively before making way for this current teaser.

“SIMMER” arrives this Wednesday, Jan. 22, and you can check out more on Petals For Armor here.