Paramore’s Hayley Williams got fans’ hearts racing Monday when she teased new solo music on Instagram. Now, she’s given us a date in December to look forward to.

The initial Instagram video featured Williams and Paramore guitarist/Petals For Armor producer Taylor York in a series of outtakes during a recent acoustic performance. In it, they appear to be attempting to get through a rendition of “26” while Williams continuously bursts into laughter.

Read More: Tim Burton shows a new side of ‘Nightmare Before Christmas’ with rare art

“Lost our minds for the cause,” she said in the caption, “Major thanks to Paramore pals over at Spotify for inviting us to be part of their Every Day is a Mental Health Day conference a couple weeks back. Taylor York and I dusted off a favorite from After Laughter, and I even got to preview a brand new one of my own 😉 #everydayismentalhealthday”

major thanks to @paramore pals over at @spotify for inviting us to be part of their “every day is a mental health day” conference a couple weeks back. @tayloryorkyall and i dusted off a favorite from After Laughter and i even got to preview a brand new one of my own 😉 #everydayismentalhealthday

Spotify hosted its conference addressing mental health management for its band members and employees Oct. 10. The event, which aimed to encourage year-round attentiveness to mental health, included virtual performances as well as lectures and workshops hosted by experts.

No surprise, fans were eager to know where they could watch the performance and catch the song in its entirety. However, in a disappointing turn, Williams revealed that the recorded stream is not publicly available.

Read More: 10 artists who love performing covers as much as their own songs

“Unfortunately it was an ~exclusive event for their global team, but who knows, maybe they’ll release it someday for y’all,” she says in a comment on Instagram.​

Of course, that’s not to say that we’re at the complete mercy of Spotify to hear new music by Williams. This morning, she went on to announce the release of a new EP titled, Petals for Armor: Self-Serenades.

“Survived 2020 thanks to self-serenades,” she tweeted alongside pictures of the vinyl.

Read More: Hayley Williams revisited Paramore’s past eras but not how you think

Petals for Armor: Self-Serenades features home-recorded, acoustic versions of “Simmer” and “Why We Ever.” It also includes a new track, “Find Me Here,” which Williams describes in an Instagram story as, “one of my favorites I’ve written this year.” 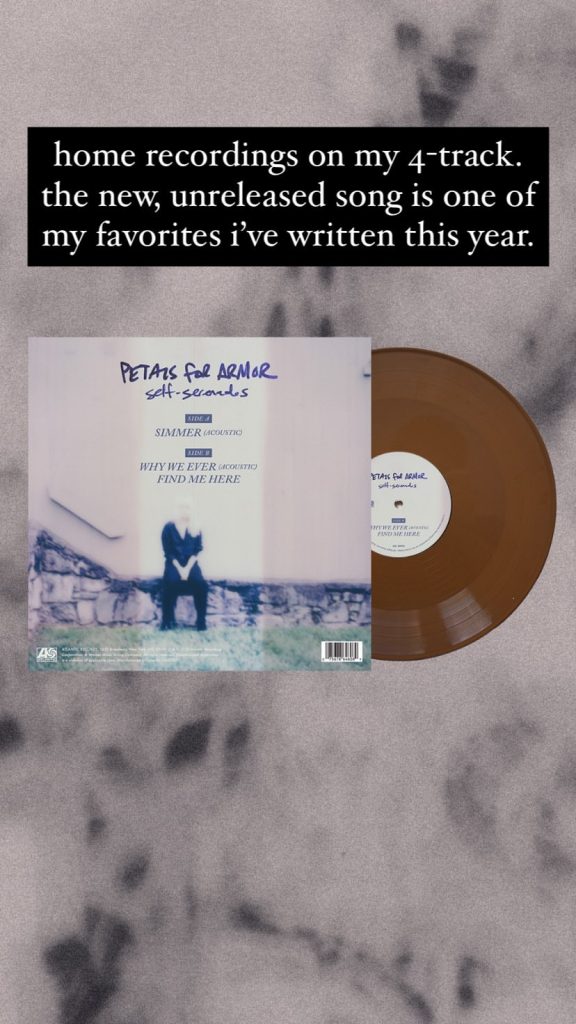 It’s not immediately clear if this was the song performed in the Spotify session but it ought to scratch the new music itch nonetheless. The EP is due for release Dec. 18 and is available for pre-order and pre-save now.

Williams became the second woman ever to lead the rock charts with the release of Petals for Armor in May. You can listen to the original record in its entirety on all streaming platforms or snag a physical copy from the official website.

Last month, fans also noted changes to Paramore’s social media platforms that they believed might hint at new content. This has yet to be confirmed but, if true, Williams will surely be dominating our playlists for months to come.

Are you dying to see William’ and York’s exclusive Spotify performance? Let us know in the comment