We may have gotten our first look at Petals For Armor lyrics.

Paramore fans have been on the edge of their seats for any hints since frontwoman Hayley Williams revealed she would be releasing a new music project this month. Just days ago, clues of Petals For Armor surfaced on Instagram and city streets with a release date for later this month.

Now, the singer is adding another clue to the evergrowing list, teasing what could possibly be a line from her upcoming solo project debut releasing Jan. 22.

On Friday night, Williams continued the trend of black boxes teasers by sharing one to her Instagram story. 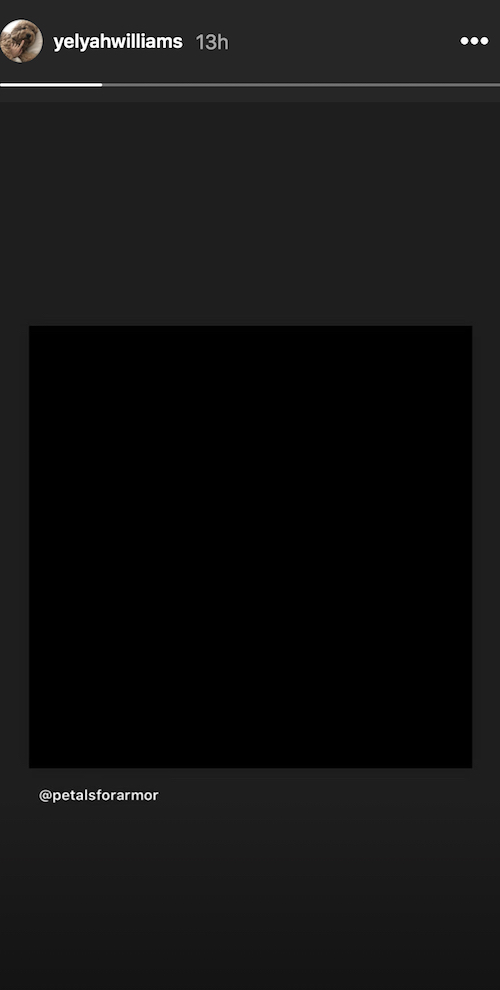 Once clicking through to the post, fans are taken to the previously mentioned Petals For Armor Instagram page that’s posted its first Instagram story mostly consisting of posters and fan reactions. While not confirmed by the vocalist herself, fans have been theorizing this will be the name of the new project.

Unlike the past black box teasers, this one includes a caption: “how to draw the line between wrath and mercy.”

Fans instantly began discussing what the line could mean with most theorizing it will be a lyric from the song released later this month. Others also thought it could be the name of the track or an unannounced album. 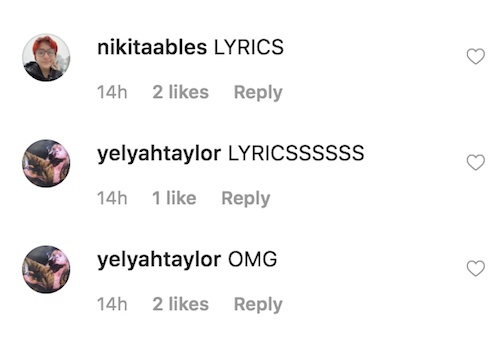 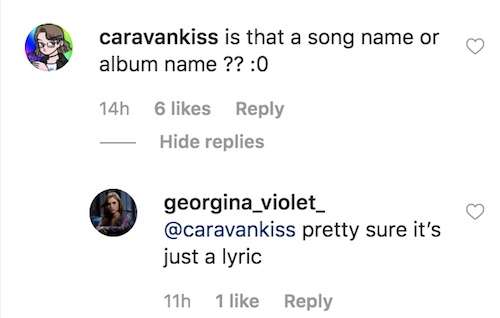 At the end of December, Williams rang in her birthday with news that she’ll be releasing solo music in January. The musician posted a message thanking people for birthday wishes and dropped the news that she has new music she’s “going to call [her] own.”

“Thanks so much for all the birthday wishes,” Williams begins. “30 was a very important year. 31 will be too.”

Following the announcement, the vocalist posted three mysterious black squares on Instagram Jan. 5, sparking theories that the music will soon be here, and then released the first look at what’s to come the following day.

On Jan. 6, fans spotted a poster of Williams and the phrase “Petals For Armor” around the U.S. including New York City and her Nashville hometown.

The account, which Williams follows, has shared various images of flowers since its first post in October. It also mimicked Williams’ three black squares across the feed and posted the same video.

The title and imagery are interesting given a post Williams made earlier this month of the protagonist of Midsommar. The singer took to her Instagram story to share three photos of the climax of the film where Dani, portrayed by Florence Pugh, takes her throne. With this is a flower-covered headdress that, if you’ve seen the film, you’ll understand why it could be viewed as an armor-like material as Williams’ new era suggests.

Then, just after 5 p.m. ET on Jan. 6, the three black squares teased returned in Williams’ post, which only teases a mere five seconds of what’s to come. A camera focuses on the moon as it moves through the woods before a gasp is let out.

If you accessed the video from Williams’ Instagram story, there’s a swipe up to the same Petals For Armor site with the same clip. Is it the name of the new song? A new album? The new project’s name? Only time will tell.