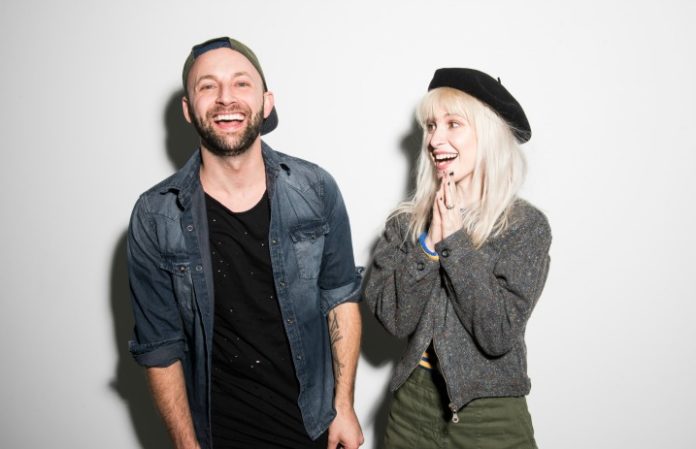 Hayley Williams (of Paramore fame) and hairstylist Brian J. O'Connor, first came together 10 years ago at a Nashville salon. Together, the two crafted the famous “Misery Business” hair look, and have been a dream team ever since.

The pair are behind the rapidly growing hair dye line, goodDYEyoung. The line previously housed a five color range: Rock Lobster, a fire engine red; Blue Ruin, a deep cobalt; Steal My Sunshine, the yellow you might have spotted on Josh Dun; Ex-Girl, a fuschia named for Gwen Stefani’s look in No Doubt’s video for “Ex-Girlfriend”; and Riot!, inspired by the iconic orange hair from Paramore’s second-album era. Now, GDY has finally added four new colors!

The new shades are PPL Eater, a royal purple; None More Black, a classic black; Narwhal, a teal shade; and Kowabunga, a summery green. Check out the new names and a sneak peek of all the colors in the video below—plus, pick up your new shade from GDY here!

For Williams, music and hair color have always gone hand in hand, and she wanted to bring that to the brand. She understands that music lovers, because of their expressiveness, are the perfect market for hair dye. “It’s not only for these creative people that want to express themselves really loudly and differently, but also trying, when we can, to tie in music and to make people feel like this is a little world of its own,” Williams tells Alternative Press.

For these two, goodDYEyoung has been years in the making. The love and passion Williams and O’Connor have put into the product extends to the brand’s entire presence. Spend five minutes on GDY’s social media, and you’ll find catchy slogans like “#DYEHAPPY” and “beautifully obnoxious.” The entire brand comes to life in merch emblazoned with “No Bad Hair Days” and “Make Hair Fun Again.” GoodDYEyoung is animated with its own personality in a way that’s unprecedented for hair dye lines.

“There's all these other kinds of makeup brands and clothing brands that [people] can really understand as part of their lifestyle, but there's no hair dye company that’s representing them well. I want to be that for someone,” says Williams. “And I know between Brian and I, we've got the brain, we've got the creativity and enough skill to get us to the point where we can have products that not only represent us well, but hopefully represent this community well.”