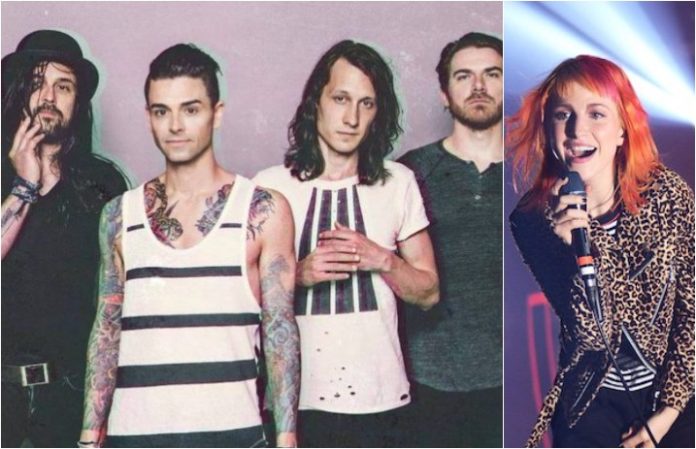 Check out their relatable concert moments below!

The two jammed out to Dashboard Confessional’s “Screaming Infidelities.” (As all of us would do, of course.)

And Williams uploaded her own clip, saying that she’s just “feeling my feelins” during “The Swiss Army Romance,” and once again, all we can respond with is same.

Dashboard Confessional surprise-dropped a new EP, Covered + Taped, where they cover the likes of Justin Bieber (“Love Yourself”), the 1975 (“Sex”), Julien Baker (“Sprained Ankle”) and Sorority Noise (“Using”). Give it a listen here.

And if you’re excited for new music from Dashboard Confessional, you’re in for a treat. In a recent interview with Billboard, Chris Carrabba talked more about their upcoming record, hinting that their new music is reminiscent of their first few records.

“It's probably not savvy to say this, but I've begun to admit that I like my older records better—and I know why,” he says.

“As time went on, people came along with good and different ideas, and one thing I kept hearing a lot is that lyrics don't matter—and I think I'm not the right guy to say that to. They might be completely right, but that's why I write songs. So this (upcoming) record, to me, is very much like the first three and a half records, where it's just like—I have something to say, not just a nice thing to sing.”

And we’re probably just as excited as Hayley to be getting new Dashboard music (hopefully) soon.

Would you want to jam Dashboard Confessional with Hayley Williams? Let us know in the comments below!