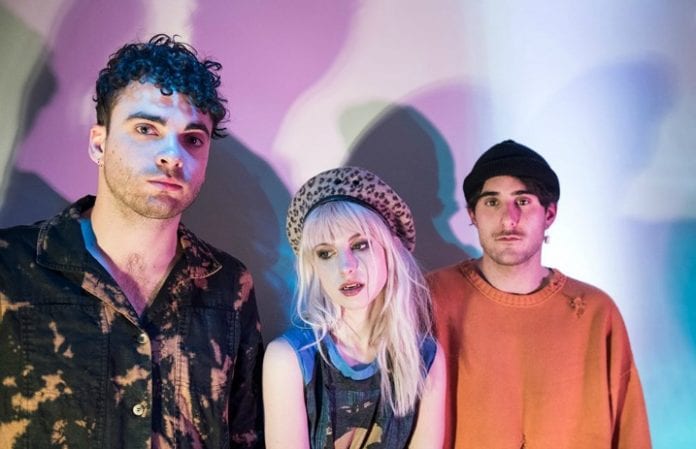 Paramore will forever be recognized as one of the greatest bands in history, but in a new interview with Fader, frontwoman Hayley Williams reflected on how she's getting older.

Check out her thoughts on After Laughter and performing on Warped Tour at 16 below!

Read more: Paramore and PVRIS have announced a show together

When Hayley Williams started a homeschool program at the age of 13, her primary focus was to simply write songs all day every day while her mother hoped that she'd eventually join a full time band. Williams wanted the same, citing Hanson as an early love of hers.

“Three brothers that play music together? Come on. I was like, ‘I want that.'” said Williams.

It was in that same after-school program where Williams met her future bandmates Zac and Josh Farro who showed the singer music much different than what she grew up listening to. While Williams grew up listening to pop, the Farro brothers were inspired by bands like Radiohead and Deftones.

“Zac started playing a drum beat, and all of a sudden it became this song called ‘Conspiracy’ that’s on our first record. I just literally sat with the mic and quietly sang the words that I wrote.”

It was around this same time that Avril Lavigne become a global superstar with hit songs such as “Complicated,” “I'm With You” and of course, “Sk8er Boi.” Williams believes that she wouldn't have been signed if it wasn't for Lavigne, but after plenty of small performances, Paramore found themselves signed to Fueled by Ramen, while Williams was signed separately to Atlantic Records.

It didn't take much long after for Paramore to be invited to Warped Tour which Williams considered to be her high school.

“It was my high school … We learned how to connect to people from a stage.”

From there, Paramore continued to become bigger and bigger becoming one of the most prominent names in the scene. But, continued success doesn't mean happiness as Williams revealed she privately quit the band in 2015, due to her depression. She cited days in which all she would do is watch Netflix in bed, but it wasn't until she found a new fixation on death that she knew it was time to find a therapist.

“It wasn’t in the sense of, I’m going to take my life. It was just hopelessness.”

Bandmate Taylor York, who also has depression, began sending the singer unfinished songs just to test the waters. Eventually, Williams began to finish these unfinished tracks and from there, After Laughter began with the birth of “Forgiveness.”

“I told her she didn’t have to do stuff. But I just kept writing, and then there was this time that she got it again,” said York.

And now, Williams has her hair dye company Good Dye Young along with her first Grammy that she won in 2013 with “Ain't It Fun.” Paramore also has a headlining tour this fall along with their third Parahoy cruise happening in 2018. Despite all of this though, Williams realizes that she's not past her personal demons that haunted her before the creation of After Laughter along with knowing that she's not the same carefree person she was when she was a child.

“I’m not really … over this album. And I’m older too. If I were to get on my BMX bike now and know all the ways I can hurt myself, it’s different from being the 10-year-old I used to be, ramping and riding just as fast and wild as all the boys in my neighborhood.”