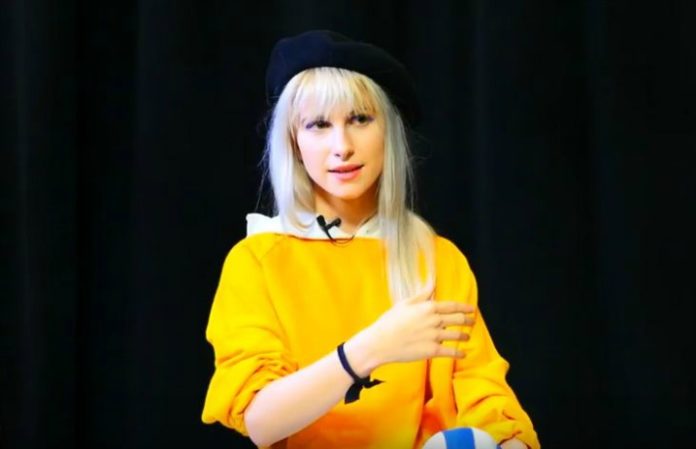 In a new interview for Behind the Brand with Bryan Elliot, Hayley Williams opens up about her experiences as a musician in great detail—everything from Paramore's two year break to almost quitting the band altogether.

“Two years ago, I was ready to quit. I had been through a lot personally, and the band had been through a lot. I doubted if I could write a record that I loved as much as our self-titled record,” Williams says. “I just thought, 'I've been stressing this for thirteen years. I've been working my ass off for thirteen years, since before I had a car, since before I had anything that was mine, the only thing that was mine was this music.'

“I really felt like maybe it was time to hang it up and find out what other things I could be good at—whether that's starting a family or doing hair dye or whatever it was—but my dad always said that if you're not happy, 'hang it up.'

That self-titled record, released in 2013, peaked at No. 1 on the Billboard 200 and was certified platinum by the RIAA.

After Laughter peaked at No. 6 on the Billboard 200.

Later on in the interview, Williams compares After Laughter to Paramore: “I never struggled with anxiety until these past two years, like, 'what if I never make something that I love as much as the self-titled album? What if our fourth album was our last album?' There was even a moment where I thought it should be our last album, because I don't want to make a fifth album and it sucks. I don't want to disappoint myself more than I don't want to disappoint how many people that might buy it. I never made a fifth record before, until me and my friends wrote it and recorded it.”

Williams also talks about being a young, 15-year-old women in a scene of older men.

“I do wish, in a way, I would be more fearless with my position early on because you know there wasn't a lot of girls in the scene when we were kids. There were plenty of girls to look up to. There was Gwen Stefani, there was Brody [Dalle] from The Distillers and Shirley Manson. All these wonderful females, even Debbie Harry and Cyndi Lauper, but I didn't have anyone my age around me that was a female. I was just on a tour with guys twice my age, and I didn't show it on stage, but I doubted myself a lot. I felt that loneliness translating into something that it shouldn't have.”

That loneliness translated into doubt for the singer, something she still struggles with today.

“When I was a kid, I rode BMX, and I loved it,” Williams says. “I rode with all the boys, and I wasn't afraid of falling, and it was just fun. Now when I get on a bike, I won't even ride without both my hands on the handlebars.”

During these two years off, Williams focused on writing this new album, discovering a more introverted side of herself.

Williams concludes the interview with advice to anyone questioning whether to give up on their dream.

“I think when I've felt something in my gut, and I didn't follow that, I've paid for it every time. I think that we do know ourselves, I think we do know our passions and the things that might put us in danger—these are instinctive things,” Williams says. “We know what we're capable of, and even when we know we might not be capable, we know we when can give it a shot and be alright.

“For me, following that gut feeling, even when it didn't work out or look the way that I thought it would, has always paid off.”

Watch the full interview below!