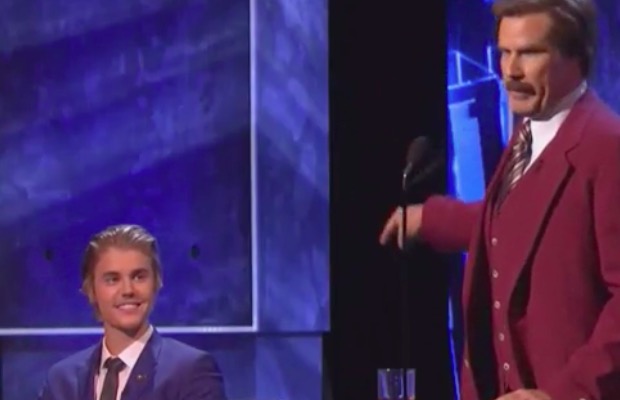 Last night, Comedy Central aired “The Roast Of Justin Bieber,” which featured a group of celebrities digging into the pop star's past and tearing him apart piece by piece, (via Elite Daily).

Will Ferrell's appearance, however, was somewhat different than you'd expect. First off, he came on stage dressed as his famous Anchorman character, Ron Burgundy. Secondly, he essentially told Biebs that his delinquent tendencies were nothing to be ashamed of and to “turn up the heat” for the future.

You can check out Ferrell's hilarious segment below.