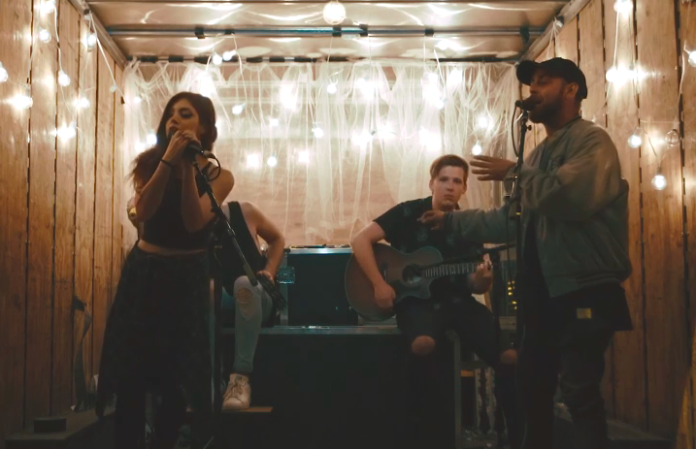 Promising pop-rockers Against The Current have embarked on the Speakeasy Sessions, a YouTube cover series.

The second installment sees the band team up with Issues' Tyler Carter for a cover of Major Lazer, Justin Bieber and MØ's “Cold Water.”

Read more: From Falling In Reverse to Taylor Swift, 8 musicians told us their favorite artist to see live

Filmed by Elliott Ingham and Joe Brady, the Speakeasy Sessions were done during Against The Current's summer on Warped Tour. In the first cover, they covered the Killers' “When You Were Young.”

“This is the first of several live sessions we've filmed in the back of our trailer as we've traveled across North America on tour this summer. We wanted to put together some simple arrangements of some of our favorite songs for you all in the rawest form possible. These are all arranged immediately before filming and all of the audio is live, we hope you all enjoy these sessions as much as we have been enjoying making them,” the band says on their YouTube.

“Stay tuned for more, we've had some of our friends pop in to collaborate and we think the best is yet to come.”

Against The Current will be heading out on tour of Asia and the UK at the end of this year. Check out the dates below!

Watch more: Watch Issues perform with MAX and Jon Langston at the 2016 APMAs