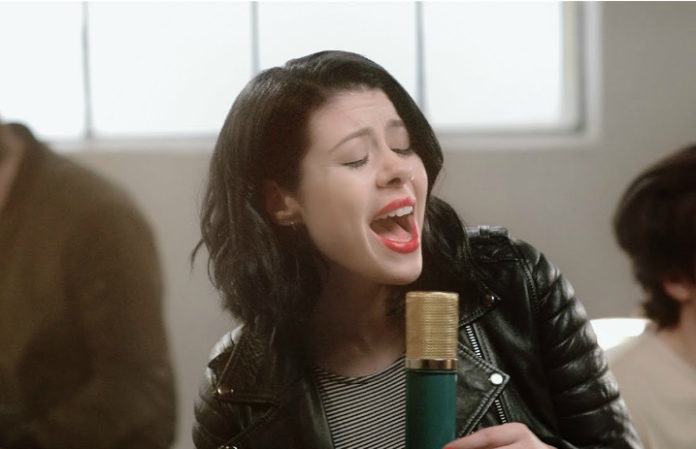 Read more: Tay Jardine on announcing SAINTE, future of We Are The In Crowd—“I felt way more vulnerable”

SAINTE's debut release was back in October with “Technicolor” and the group released their new track “With Or Without Me” last month, which you can listen to here.

Tay Jardine talked with Alt Press back in December about the group’s new direction and what to expect with the future of SAINTE.

“We Are The In Crowd is a huge part of our lives, and the fans as well, and I feel like that is still the case for sure. And there’s still songs on the back burner; we wrote a ton of music to be released,” Jardine says.

“But right now the focus is definitely SAINTE, and I could not be any happier about that direction right now.”

The day this song came out I knew we had to cover it! Thanks for checking it out and let me know if you'd like more things like this ��

Give the stunning cover a listen below!

What are your thoughts on SAINTE's rendition of Lorde's most recent hit? Let us know in the comments below!