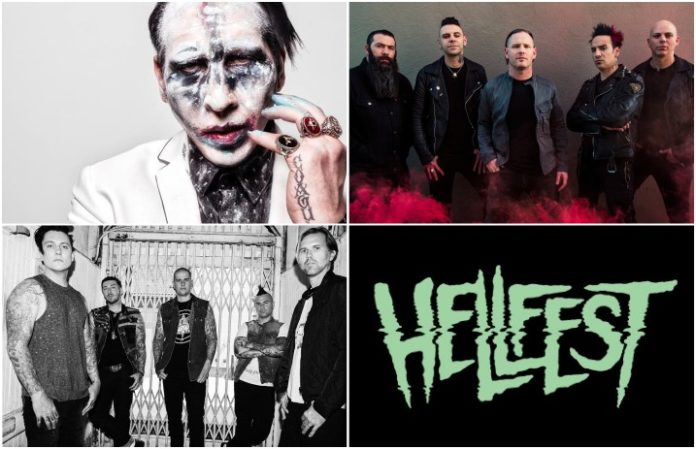 It looks like the upcoming Hellfest is gonna have one hell of a rockin' lineup! Marilyn Manson, Stone Sour, Avenged Sevenfold and Limp Bizkit have all recently been announced for the annual Hellfest Open Air festival in 2018.

While a full lineup announcement is expected to be unveiled very soon—with Theprp.com reporting that four more acts will be announced tomorrow, Nov. 16—the artist roll for Hellfest 2018 is already lookin' pretty stacked. Megadeth, Iron Maiden, Judas Priest, Hollywood Vampires and Nightwish were previously revealed to be performing at the forthcoming festival, which takes place in Clisson, France, on Jun. 22-24. Get more information on the annual event here.

While we sincerely doubt that Marilyn Manson will be bringing his music video buddy Johnny Depp to the festival, maybe the guys in Stone Sour can cruise around the Hellfest 2018 festival grounds on the motor scooters they used in the “Rose Red Violent Blue” music video? (I'm admittedly reaching on this.)