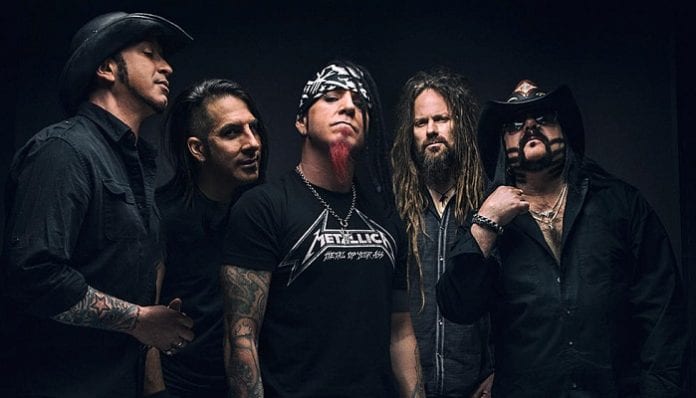 Metal supergroup Hellyeah seem to be working on a new album, and apparently it will be out pretty soon.

The band announced their new record will be released next year in a Thanksgiving message shared on Thursday, Nov. 22.

Read more: How well do you know the lyrics to Fall Out Boy’s “Thnks Fr Th Mmrs”?

Hellyeah took to Facebook today to share a Thanksgiving message to fans. Alongside the holiday post, the band shared some really good news about their future and what’s to come.

According to the post, Hellyeah are going to release a new record next year.

“Happy Thanksgiving Hellions!!” They write. “See you all next year and with a new record that is going to blow you away!!”

As Loudwire notes, this might be the band’s last album with Vinnie Paul. They were in the studio earlier this year before the drummer died at age 54.

You can check out the band’s Thanksgiving message below:

Paul died on June 23rd at age 54. The legendary drummer died in his sleep at home in Las Vegas, according to a statement his family shared with TMZ.

Paul formed Pantera in 1981 with his late brother Dimebag Darrell. The group found success with frontman Phil Anselmo and went on to earn four Grammy nominations and chart nine albums on the Billboard 200.

After Pantera disbanded, Paul and his brother began Damageplan in 2003. Dimebag Darrell was shot and killed onstage during their Columbus, Ohio show in December of 2004. From then to 2018, Paul was a member of heavy metal supergroup Hellyeah.