These guitars are benefitting NITO and the struggling live music industry.

Due to the coronavirus pandemic, 2020 has been an incredibly difficult year for the live music industry. In particular, independent music venues, artists and companies are facing closures and unforeseen economic hardships. Now, Weezer and Fall Out Boy are among the artists giving back to the National Independent Talent Organization (NITO).

Two signed Weezer and Fall Out Boy guitars are among the instruments currently up for auction through NITO. All of the proceeds from these auctions will benefit NITO and support the independent music organizations struggling this year.

Read more: See Within Temptation learn from past mistakes in “The Purge” video

Along with Weezer and Fall Out Boy, Leon Bridges, Metallica‘s Lars Ulrich, Jack Johnson and Sonic Youth‘s Thurston Moore have also donated instruments for the new auctions. According to NITO, the sales will raise funds for their “continued efforts to ensure that the live touring industry has a united voice both in Washington, D.C., and in a rapidly changing economy.”

This auction marks NITO’s first-ever fundraising efforts. Those interested will be able to start bidding on the instruments up for auction with Charity Buzz on Thursday, Dec. 3 with the sales wrapping up on Sunday, Dec. 13. 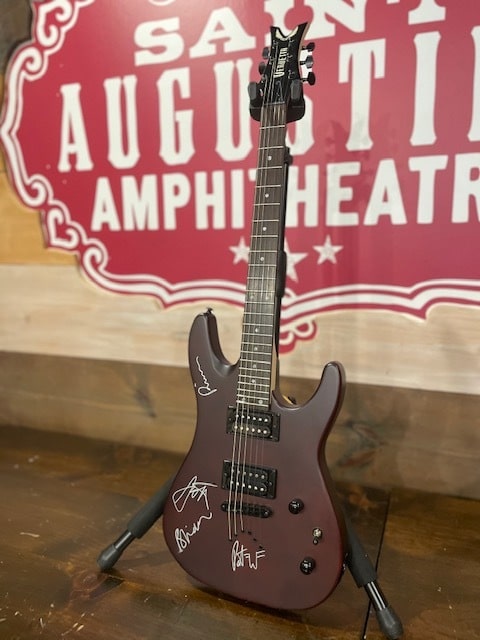 Read more: Is there an All Time Low, Demi Lovato and blackbear collab on the way?

The St. Augustine Amphitheatre has also donated a guitar signed by Fall Out Boy. The red Fender Squire was signed by Patrick Stump, Pete Wentz, Andy Hurley and Joe Trohman back in 2014. According to Charity Buzz, the instrument is worth around $2,500. A certificate of authenticity is also included with the guitar. 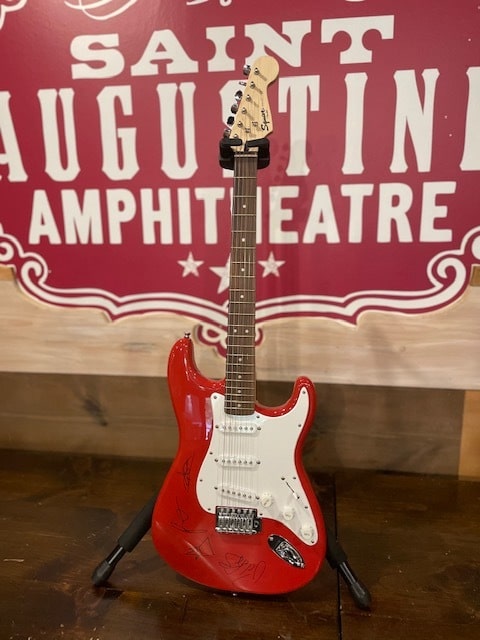 The full list of instruments up for auction at Charity Buzz is available here.

Over 1,000 independent talent agencies, management firms and live touring entities are part of NITO. Similar to the National Independent Venue Association, NITO has been lobbying in Washington, D.C. and advocating to pass relief bills such as the RESTART Act and Save Our Stages. If passed, both of these bills would greatly help independent venues and businesses who have been hit hard during the COVID-19 pandemic.

Quite a few iconic instruments have gone to auction this year. Currently, late Soundgarden frontman Chris Cornell‘s classic Superunknown guitar is up for auction. As well, one of Kurt Cobain‘s guitars broke auction records this year. The legendary acoustic guitar used during Nirvana‘s MTV Unplugged performed went on to sell for $6 million. This feat means that Cobain’s guitar is now the most expensive instrument to ever be sold at auction.

Are you going to bid on the Fall Out Boy or Weezer guitars? Let us know your thoughts in the comments below.