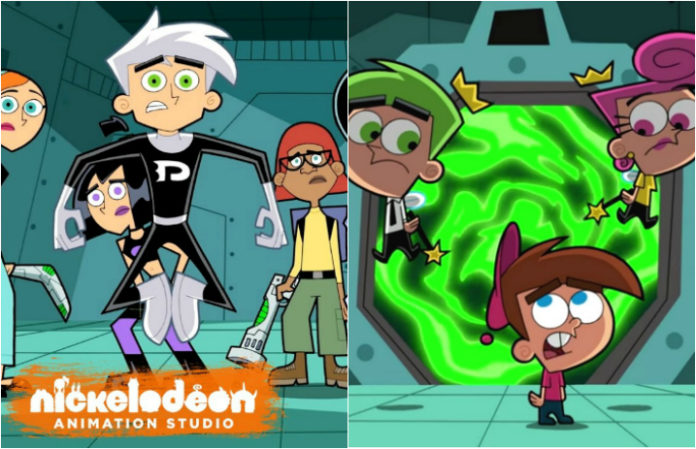 Our Nickelodeon nostalgia was through the roof when the Fairly OddParents, Danny Phantom and T.U.F.F. Puppy crews all met up with the characters in Bunsen The Beast.

All four shows, created by Butch Hartman, met up in an animated short, aptly titled The Fairly Odd Phantom, and we couldn’t get over their meeting for the first time.

Well, if you want to know how that crossover came to life, Nick Animation released a video that gives a behind-the-scenes look at how The Fairly Odd Phantom came to be. Check out the clip below!

The video shows the voice artists doing what they do best, giving us a sneak peek into how those characters come to life—plus, it gives a real-life face to some of the voices we’ve recognized for years!

Our favorite appearance? iCarly’s Jerry Trainor, who happens to voice Dudley on the show T.U.F.F. Puppy.

Bunsen And The Beast made its debut last week on Nickelodeon.

If you want to enjoy this nostalgic short after seeing how it was made, you can watch it in full here.