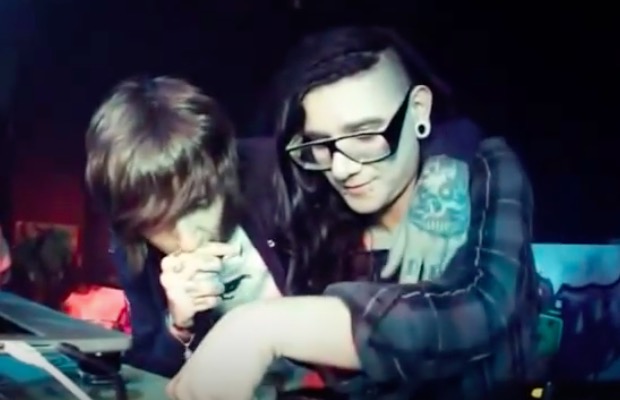 In April of 2010, Bring Me The Horizon released a remixed version of their breakout album, Suicide Season. The effort, aptly titled Suicide Season: Cut Up!, featured reworked versions of each track found on the LP’s original version. Various musicians and producers contributed to the LP, including Ben Weinman of the Dillinger Escape Plan, Skrillex, Travie McCoy and others.

Read more: “I was a f*cking drug addict”—BMTH’s Oli Sykes opens up about addiction, rehab at the APMAs

While Skril teamed up with BMTH for “The Sadness Will Never End” on Cut Up!, this video shows frontman Oli Sykes joining Sonny for a live performance of “Sleep With One Eye Open,” which was originally remixed by Tek-One.