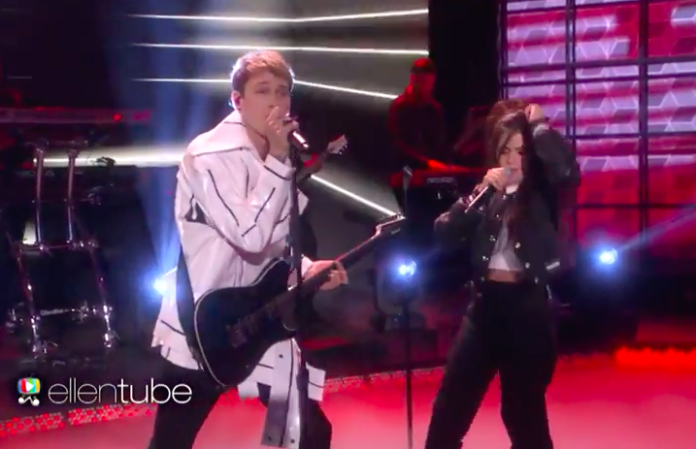 Machine Gun Kelly joined Camila Cabello for a steamy performance of their hit song, “Bad Things,” on The Ellen Show.

The track is sitting pretty at No. 6 on Billboard's Hot 100 Chart.

MGK just released a cinematic clip for “Dopeman,” which is taken from The Land's movie soundtrack.

Cabello just announced her split from her former group Fifth Harmony. She now plans for a solo career.